Priest denounces Trump's 'evil' immigration policy: 'It's insane to use the Bible to justify sin' 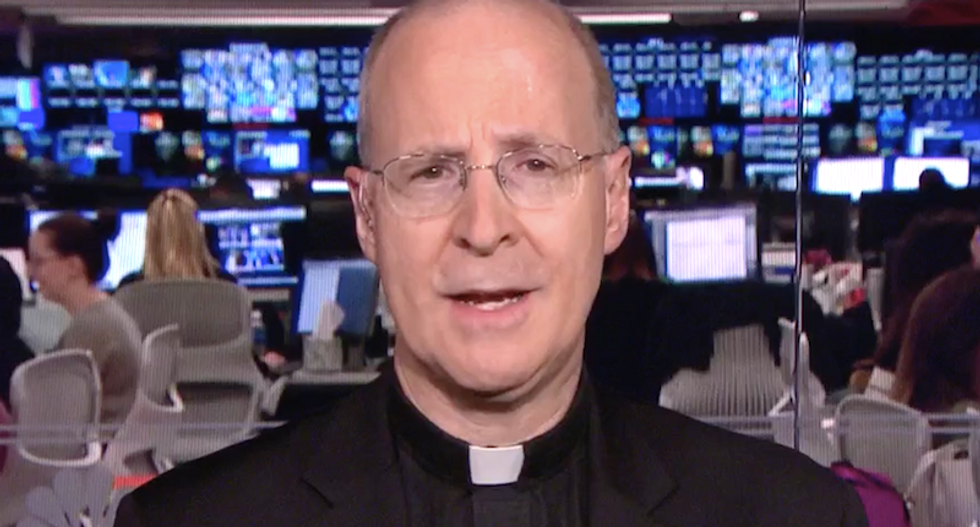 Father James Martin, editor at large of America Magazine, denounced the policy as immoral and condemned Trump administration officials for using scripture to justify their actions.

"(Attorney General Jeff Sessions) used Romans 13, which says we should be obedient to civic authorities," Martin told MSNBC's Andrea Mitchell. "But for St. Paul and for Jesus, God's law supersedes any unjust laws. An unjust law is no law at all. To use something that really has been used to justify slavery at different points and even Nazi-era laws, I think, is reprehensible. Separating kids from their parents is not biblical, period."

The priest said the policy violated the fundamental teaching of Jesus Christ.

"Those uses of scripture to justify what is sinful is obscene," Martin said. "There is no way that you can read the Gospels and conclude that Jesus wanted children ripped away from their parents. Jesus also says in Matthew 25, 'I was a stranger and you did not welcome me.' The thrust of the Old and New Testaments on migrants and refugees is to care for them, not to treat them like this. So it's really insane to use the Bible to justify sin."

Martin said refugees deserved a safe place to live, and he said the U.S. had long offered that to the world.

"It's a deeply cruel thing to do to turn away a family who is fleeing persecution and violence, it's un-Christian and sinful," he said. "In particular, this sort of separation from kids and their families, the lying about it, the putting of kids in cages, I think is reprehensible, and I think people in general need to say -- call it what it is, which is sin."

"It is evil, we need to call it evil," he continued. "It clearly does not proceed from God. It is an action that is causing great trauma, physical suffering, anguish, despair, division in the country. St. Paul said by their fruits you will know them, and it's clear to see what's happening here. It's also something that we see is cloaked in lies, which is another way of recognizing something that is evil."

"So it has all the hallmarks of evil," Martin added. "I don't know what more we can say. The only thing we can say is that people who participate in these things are also going to be judged harshly, I would think."