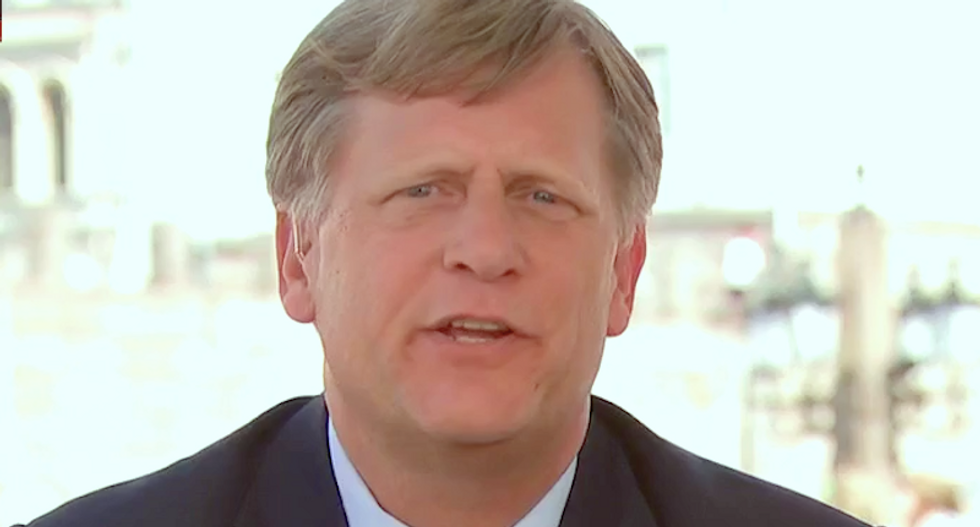 Trump aggravated NATO allies during last week’s summit, described the EU as a “foe” and Russia as a competitor — and is meeting privately Monday with Vladimir Putin.

"Just really disappointing," said Michael McFaul, the Russian ambassador under President Barack Obama. "The EU is not our foe -- that's ridiculous. Most of the countries in NATO are also in the European Union, they are our allies and partners."

McFaul also called out Trump for blaming the U.S. for poor relations with Russia.

"The president also tweeted that America is at fault, blame America first for the tensions in U.S.-Russia relations," McFaul said. "Not mentioning the fact that Russian annexed territory in Crimea and sparked a war -- 10,000 people have died in Eastern Ukraine. Not mentioning he supports this brutal dictator in Syria where half a million people died, and not mentioning the fact he violated our sovereignty in 2016."

Be honest, my Russians colleagues, not in your wildest dreams did you ever think that you’d have someone in the Whi… https://t.co/4tMKcLCAQt
— Michael McFaul (@Michael McFaul) 1531738094.0

"So all of those things, in my view," he added, "are the reasons why there's tensions in U.S.-Russia relations. For President Trump to just insinuate as he just did in his initial remarks today, well bygones -- let's forget about all that stuff and move on because I want a great relationship with you, Putin. That's just not serving America's national interest, in my view."

No previous President of the United States of America has ever spoken like this about relations with Russia. Ever.… https://t.co/ST0vtmwf1O
— Michael McFaul (@Michael McFaul) 1531744238.0