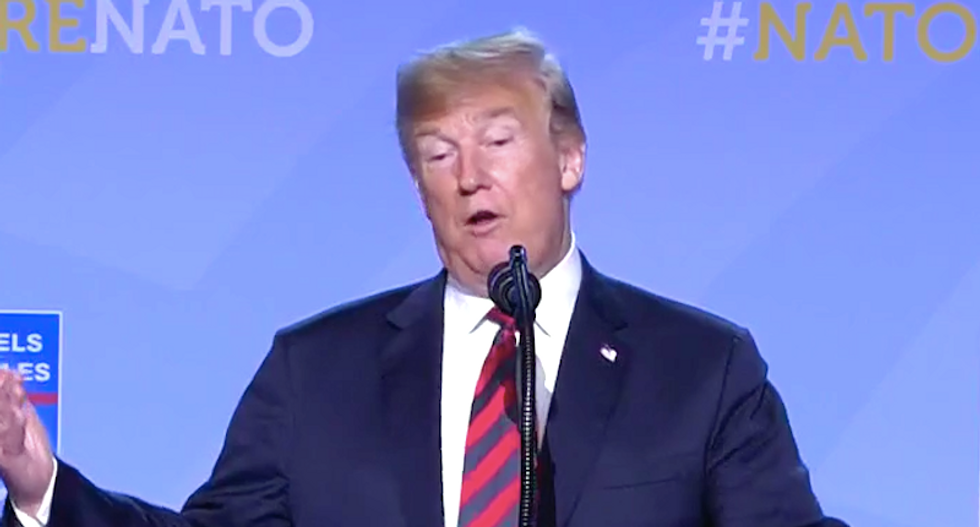 President Donald Trump has allegedly threatened to leave NATO if allies do not immediately increase their funding of the treaty organization -- which he has simultaneously dismissed as obsolete.

The U.S. president warned of "grave consequences" if allies do not immediately meet those higher spending targets, and one NATO official said Trump demanded a plan from member nations by January for meeting those targets, reported Politico.

French president Emmanuel Macron insisted later that Trump "never at any moment, either in public or in private, threatened to withdraw from NATO," but other officials in the private meeting perceived his demands as a threat.

Trump opened the annual summit Wednesday morning by attacking Germany, specifically, and other member states for not spending enough on defense, although he misstated the actual figures and neglected the fact that most allies had increased defense spending over the past four years.

Allies perceived Trump's demands as a threat, and NATO officials said they believe the U.S. will pursue a unilateral security policy.

Trump held a surprise news conference from the Brussels session, where he complained that allies had not spent enough on defense, although he misrepresented several key facts.

"NATO is helping Europe more than it's helping us," Trump told reporters.