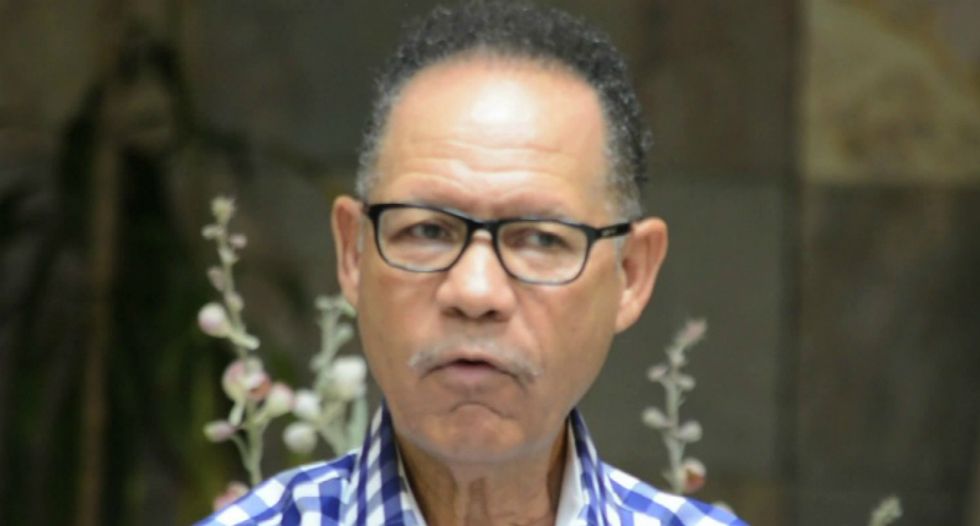 After attending a  meeting with fellow black evangelicals at the White House, one California pastor is facing a backlash from his community for praising Donald Trump.

The San Luis Obispo Tribune reported that Phillip Goudeaux of Sacramento's Calvary Christian Center was one of more than a dozen black Christian leaders who met with Trump on August 1. In the meeting, Goudeaux claimed Trump has "given us a new hope," and another attendee referred to him as "the most pro-black president we’ve had in our lifetime."

“Please don’t give up on California and Sacramento,” the pastor said during the meeting. “I’m right in the capital there, and we’re working in every area to try to make a difference in people’s lives.

“So, I guess the greatest word I can say for you, Mr. President, is that you have given this country expectations, given us a new hope, a new excitement to believe that things are getting better and are going to get better," Goudeaux continued. "And we appreciate that leadership, your tenacity to keep pushing in against all the opposition that comes against you. Thank you so much.”

After South Carolina Pastor John Gray and other leaders who met with Trump faced scrutiny and condemnation for attending the meeting, Goudeaux too faced criticism in his community.

"Here we have Pastor Phillip G. Goudeaux of Sacramento’s Cavalry Christian Center at the table with Donald Trump and a collection of shameless black church leaders for a meeting where it was claimed that Donald will do more for the faith community and urban revitalization than any previous president," the activist wrote. "To show you how stupid and contemptible the situation is one of the reasons they said this prediction is feasible is that he 'has something to prove while the previous president (Obama) did not.'"

In the post, Borden noted that he attended Goudeaux's church when he was younger until his mother "became too disgusted with his homophobia and shameless adherence to the Prosperity Gospel while the majority of his congregants are poor black people in Del Paso."

Goudeaux made headlines earlier in the year after he counseled the family of Stephon Clark, a Calvary member who was shot and killed by Sacramento police while trying to quietly enter his grandmother's back door late one night in March, resulting in large protests.

Nikki Whitfield, a former Calvary Church member and activist in Sacramento, told the Tribune that although Goudeaux is an earnest and charismatic leader who "loves people," his attendance at Trump's black evangelical meeting was "unacceptable."

"As a leader in the black community and a pastor to impoverished people,” she said, adding that “it is unacceptable for him to sit at that table” and Trump, who “over and over again has aligned himself with racists and Nazis."

Goudeaux, Whitfield added, "has had an amazing ministry, and he’s done good things. But I’ve lost whatever smidgen of respect that I had for him."