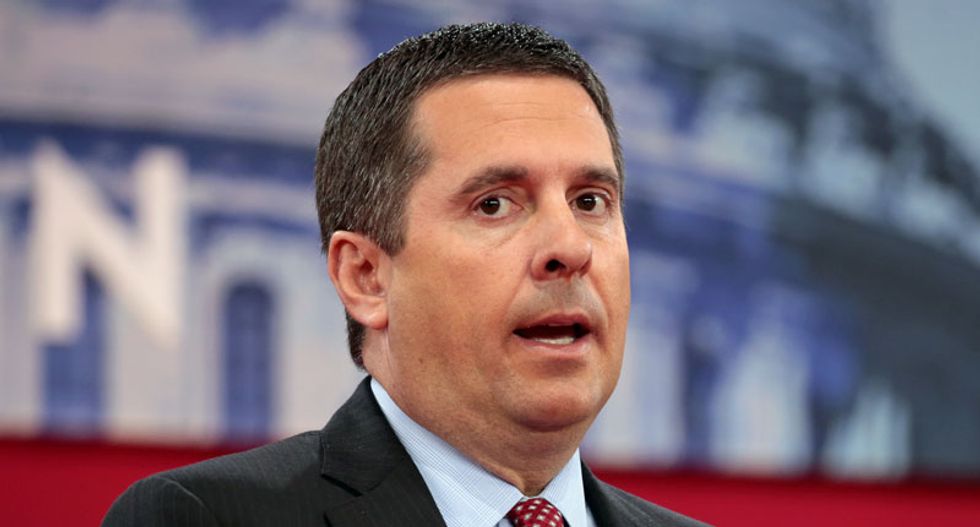 In response to the bombshell recording of House Intelligence Committee Chairman Devin Nunes (R-CA) admitting that the GOP keeping the House is the only way to maintain Donald Trump's presidency, one conservative pundit argued that it's time for the Republican Party to go.

In the tape obtained by MSNBC's Rachel Maddow and recorded at a closed-door Republican fundraiser, Nunes gave donors a hypothetical scenario in which a candidate is given stolen emails from a foreign power and then releases the emails themselves. As conservative Washington Post columnist Jennifer Rubin noted, the tape is very "embarrassing" for the GOP.

"It's like all these Republicans went to the same bad law school and they never picked up the constitution and they know nothing about their laws because what they say is essentially nonsense," the columnist joked.

Rubin noted that the tape is embarrassing not just for the party but specifically for outgoing House Speaker Paul Ryan (R-WI), "who has left an un-serious irresponsible person in Devin Nunes in a very important job as head of the House Intelligence Committee."

"If there ever was a better reason to get rid of Paul Ryan's party, it's this," Rubin said. "They exercise no responsibility, it is always about the party, always about protecting the president, never about doing their constitutional obligation."

Her takeaway: "That these people really are irredeemable."