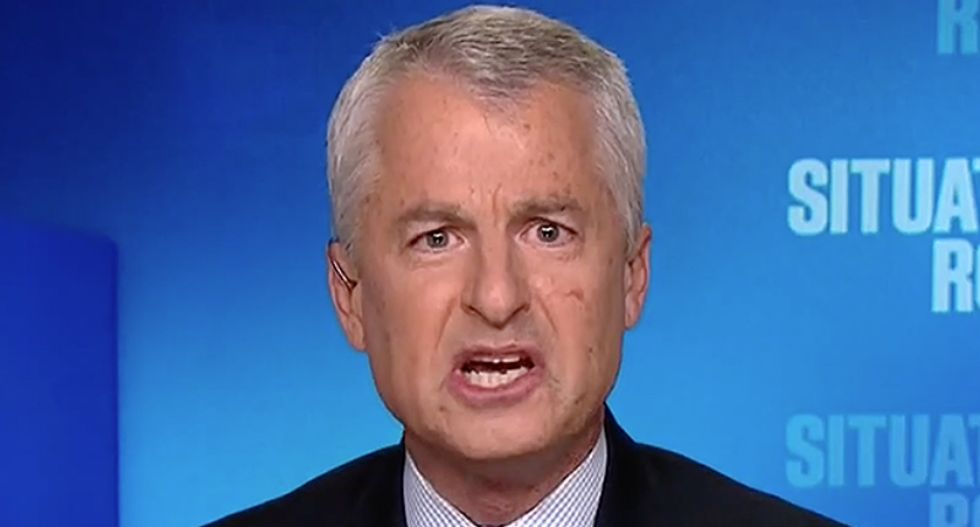 In the wake of leaked audio of House Intelligence Committee Chairman Devin Nunes (R-CA) admitting that the House has to keep its Republican majority to block Donald Trump's impeachment, CNN counterintelligence analyst Phil Mudd exploded with criticism of the California Republican.

The audio, released by MSNBC's Rachel Maddow and recorded at a closed-door California fundraiser, shows Nunes admitting that collusion with a foreign government is a crime before offering a very narrow definition of that crime.

"Are you kidding me?" the ex-CIA agent asked incredulously before launching into a tirade against Nunes for conducting such a softball investigation into whether the Trump campaign colluded with Russia.

"Look at the Senate Intel Committee, led by Republican Sen. Richard Burr (R-NC) very honorably looking at the Russia process and saying why don't we consider a fact," Mudd continued. "Devin Nunes is saying, 'I don't care what [special counsel Robert] Mueller finds, we're supposed to be a block on the Mueller process.'"

The counterintelligence analyst then explained how he really feels about the House Intelligence Committee chairman: "If you gave Nunes the 'f 'and the 'a', he couldn't spell 'fact.'"

"The Senate's got this right," Mudd concluded. "The House never has."