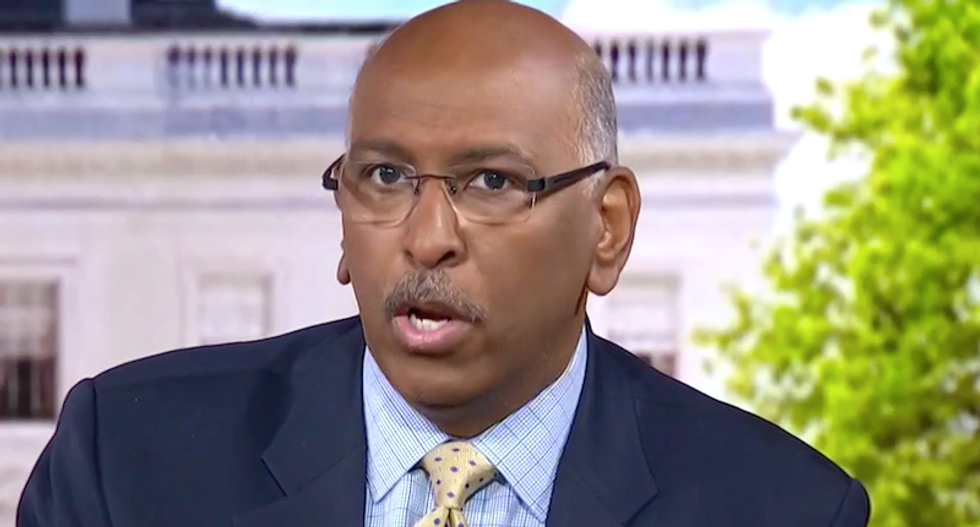 The former chairman of the Republican Party took Donald Trump to task Monday for attacking Ohio's most famous athlete the night before campaigning there.

In a late-night tweet on August 3, Trump blasted both LeBron James and CNN's Don Lemon after the NBA icon told the host that he "would never sit across from" the president in an interview earlier in the week.

MSNBC's Kasie Hunt noted that James is "a favorite son of Ohio" who is opening a school and setting up a college fund for children in his hometown of Akron. Ex-GOP chairman Michael Steele agreed.

"[James has] made a commitment of $41 million to this community and helping these kids," Steele, now an MSNBC analyst, said. "I would daresay more than we've ever seen come close from the president in this area, in this space. So to even enter this space the way the president did is insulting in that sense."

He then put the president's attacks on James hours before traveling to his home state to campaign for Republican Troy Balderson in the state's special congressional election. "But then to sort of talk about yet again when it comes to an African-American athlete or in the case of Don Lemon, someone who is on national television as somehow being less intelligent and stupid, further speaks to how the black community has come to view this president, as someone who looks down on us and who has an attitude about us that is nothing short of racist."

Steele mused that although it's "nice" that First Lady Melania Trump and Michael Jordan have both praised James since the president's comment, their comments carry less weight than the president's.

"The commander in chief, the president of the United States, is the one who's doing the tweets," he concluded, "and that's the one that sticks."