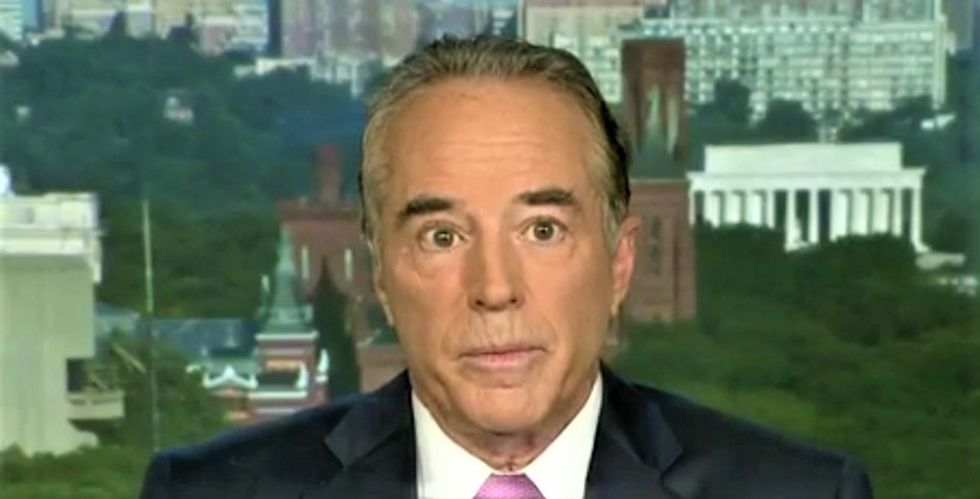 Rep. Chris Collins (R-NY) on Wednesday got arrested by FBI agents on securities fraud charges related to alleged insider trading of shares of Innate Immunotherapeutics, an Australian biotech company where Collins himself is the largest majority shareholder.

Despite this, however, a Democratic pickup in Collins' district will be very difficult to pull off, even though Collins is facing a likely prison sentence if he is ultimately convicted of fraud.

In the first place, Collins' district -- New York's 27th -- has a strong Republican lean. According to the Cook Partisan Voting Index, NY-27 rates as an R+11 district, which means a Republican running against a Democrat in the district starts out with a natural 11-point advantage.

Voters in NY-27 have also voted for Republicans in each of the last three presidential elections by 10 points or more -- including backing President Donald Trump over Democrat Hillary Clinton by a margin of 25 points.

Added to this, Collins' Democratic rival, Nate McMurray, is being badly outraised by his GOP counterpart so far this year. The Niagara Gazette reported last month that "McMurray’s campaign reported having $81,772 on hand — falling well below the $1.34 million campaign war chest reported by the Collins campaign in its report to the FEC."

All the same, the battle against Collins isn't completely hopeless.

In the first place, Democrats in 2018 have been significantly outperforming relative to what they've done in past congressional elections. Rep. Conor Lamb (D-PA), for instance, overcame the odds and won an election in Pennsylvania's 18th congressional district, which also has a partisan lean of R+11. And on Tuesday, Ohio Democrat Danny O'Connor came within one point of defeating a Republican in OH-12, which has a partisan lean of R+7.

These Democratic candidates over-performed, for what it's worth, against candidates who were not facing major scandals as Collins is right now.

Additionally, NY-27 was represented by a Democrat as recently as 2012, when Collins barely eked out a victory against incumbent Democratic Rep. Kathy Hochul.

So while Collins would typically be a favorite to hold onto his seat even in a Democratic wave year, the securities fraud scandal might be enough to put his seat within reach.

Six other Republicans have been linked to the same scandal as Collins.