Lawrence O'Donnell berates Trump for 'evil' lie about 'losing hundreds of friends on 9/11': 'The real number was zero' 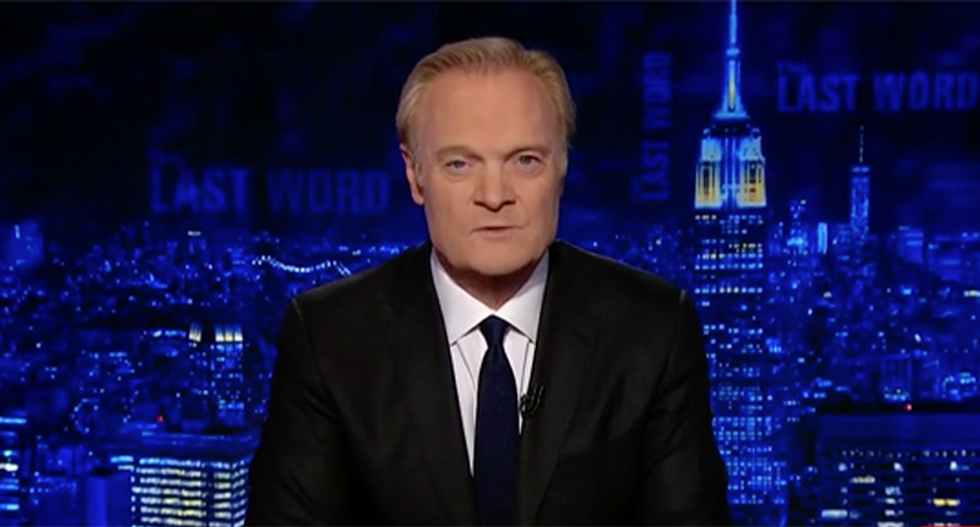 By far the most epic takedown of President Donald Trump's 9/11 flubs and lies was MSNBC host Lawrence O'Donnell. During his Tuesday closing commentary, O'Donnell called out the president for a lie he said none in the media nailed him for.

Americans have heard about the lies about seeing Muslims on the rooftops cheering, sending hundreds of workers to identify bodies, celebrating that he had the tallest building. But few recall that Trump claimed to have lost "hundreds of friends" in the Twin Towers that September morning.

"How did he keep us safe when the World Trade Center -- the world -- excuse me," Trump said in one of the first GOP debates. "I lost hundreds of friends. Excuse me."

"As soon as Donald Trump said that in the campaign debate in South Carolina, I said he was lying," the host recalled. "I didn't know how many friends he lost; I knew it wasn't hundreds."

The following day on "Meet the Press," O'Donnell said that Trump changed his story, saying he lost "many. many friends." But O'Donnell called BS on that as well.

He noted there's a debate in the media about spotting a Trump lie, but O'Donnell said he could spot the falsehood when Trump stops speaking it.

"When I held that lie up to Donald Trump's face, even he could see how evil that lie was," the host said. "And even Donald Trump knew he could never try to tell that lie again. And so he never did."

In Trump's lifelong quest for attention, O'Donnell said the president managed to get himself on local New York City news after the tragedy.

"He had no idea how to even begin to express grief because, of course, he couldn't feel any," O'Donnell continued. "Instead, the feeling that he had that day on 9/11, the thing he found within himself, was pride, pride, that he believed he now had the tallest building in lower Manhattan now that the world trade center had collapsed."

That proved to be false. But more than that, it revealed something important about Trump.

"Did you hear any grief there? That was on 9/11," O'Donnell said after playing a clip of Trump. "And it wasn't grief that the president felt today when he got off Air Force One in Pennsylvania to attend the 9/11 commemoration of Flight 93 that takes place there every year. There is only one president in our history who could arrive at such a solemn and tragic commemoration and behave as if he was arriving at a rally."

The host noted Trump had only attended a 9/11 commemoration service once -- when he was running for president.

"Every year, family members who lost loved ones on 9/11 shared the difficult duty of reading the names of everyone who was killed at ground zero," he continued. "It takes hours, and local television still covers every minute of it as they did today. And that's when you see the real pain of 9/11, the real grief. And on this day, none of that grief seems diminished by the passage of time. On this day, you see the faces and you hear the voices of the living victims of 9/11, the people who lost husbands and wives, sons and daughters, fathers and mothers, grandmothers and grandfathers."