Ex-RNC chairman slams Trump's 'bromance' with Kanye: This doesn't 'absolve' you of racism 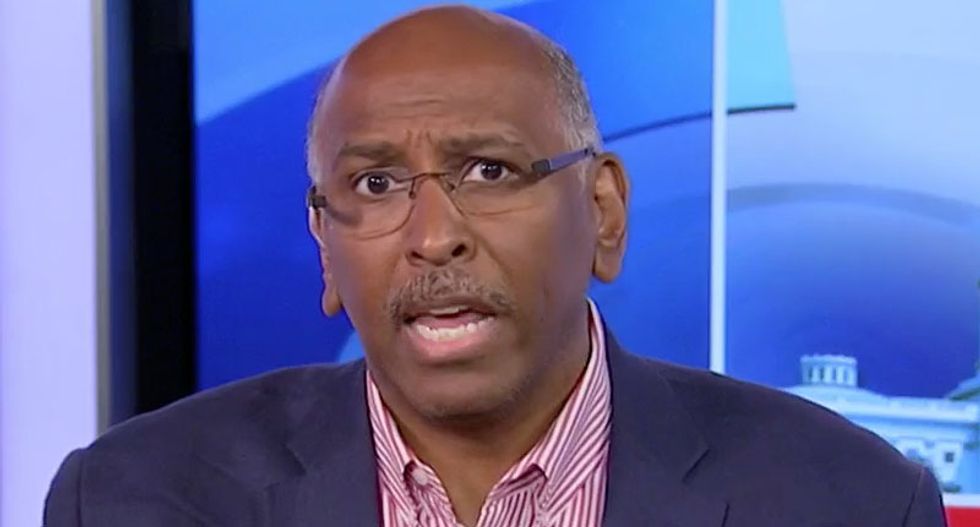 Michael Steele served as Chair of the Republican National Committee.

The former chairman of the Republican National Committee took Donald Trump to task Thursday for attempting to excuse his racism by paling around with Kanye West in their Oval Office press conference.

In a panel interview with MSNBC's Nicolle Wallace, ex-RNC chair Michael Steele noted that it was "unsettling" for Trump to hold the photo op with the rapper while a hurricane barreled down on the gulf coast and a Saudi Washington Post reporter is still missing and rumored to have been killed.

"I'm sorry, meeting with Kanye does not absolve you of your position on Charlottesville," Steele said, referencing the infamous time the president equated anti-fascist protesters and the white supremacists they were protesting against at the deadly "Unite the Right" rally in August 2017.

"It does not absolve you on talking about the continent where my ancestors came from as an [sic] 'S-hole,'" he added before noting that the meeting will not excuse Trump's desire to build a wall to keep Mexican immigrants out or putting migrant children "in cages."

"So you can meet with Kanye and have your bromance moment," he said, "but the American people see through it and see it for what it is."

The black community, Steele added, is not "going to wake up and go, 'he met with Kanye, I think I'll go vote for Trump.'"

"That's not how that works," the former GOP official concluded.