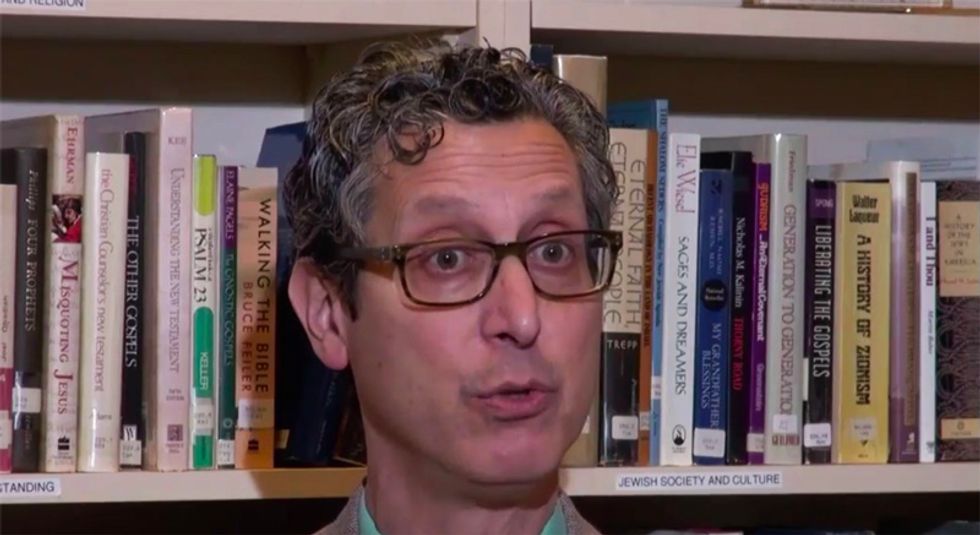 An Oregon gun owners organization known for their refusal to accept any new gun restriction laws is under fire for a “memorial” page that uses pictures from the Holocaust to criticize a local rabbi for advocating for more restrictions on assault weapons.

According to the Oregonian, the Oregon Firearms Federation's website re-posted a page aimed at Rabbi Michael Cahana of Portland's Congregation Beth Israel reform synagogue for his past support of a now-defunct initiative to ban assault weapons in the state.

The report notes that the federations bills itself as "Oregon's only no compromise gun lobby."

Under the heading of "Michael Z. Cahana Memorial Page," the gun group criticizes the still-living rabbi by posting multiple horrific photos from the Holocaust that other Jewish leaders call "disgusting."

On the offending page the gun group wrote: "This page is dedicated to 'Rabbi' Michael Cahana, a Jewish Rabbi and chief petitioner for IP43, a ballot measure that would confiscate the firearms and ammo feeding devices owned by law-abiding Oregonians. If Cahana and his fellow travelers had their way, anyone who owns a modern firearm will face 10 years in prison. Cahana wants the state to have a monopoly on force. Apparently, they no longer teach history in Yeshiva."

In light of the recent slaughter of Jewish worshippers at a Pittsburgh synagogue by a heavily-armed anti-Semite, local Jewish leaders are calling for the page to be taken down.

With Robert Horenstein, community relations director for the Jewish Federation of Greater Portland, calling the page "disgusting," the director of the Oregon Jewish Museum and Center for Holocaust Education, agreed, calling it "an offense to human dignity in every sense."

"The vile imagination that produced this nightmarish page is devoid of human sympathy, hateful in its intentions, grotesque in its techniques, and altogether reprehensible to any Oregonian who lives here in good faith," Judy Margles explained. "This dishonest and deeply violent propaganda is fabricated in the worst of bad faith, and so deserves condemnation in the strongest of terms."

She found it particularly offensive that the gun group put the "rabbi" in quotes when addressing Cahana.

"It despicably and dishonestly implies that Jewish educational institutions do not teach their tragic past. It insults the innocent millions depicted in the deplorable and disgusting photographs that converts into sadistic pornography meant to incite the viewer," Margles added. "It appropriates the very term Holocaust itself for its own ends, expropriating the slogan 'never again'—meant to memorialize 6,000,000 Jewish victims — and re-functions it to apply to owners of 'ammo feeding devices.'"

According to Pastor Mark Knutson of Augustana Lutheran Church, he sees the page as a threat to Cahana, saying, "I wondered 'is he a marked man?'"