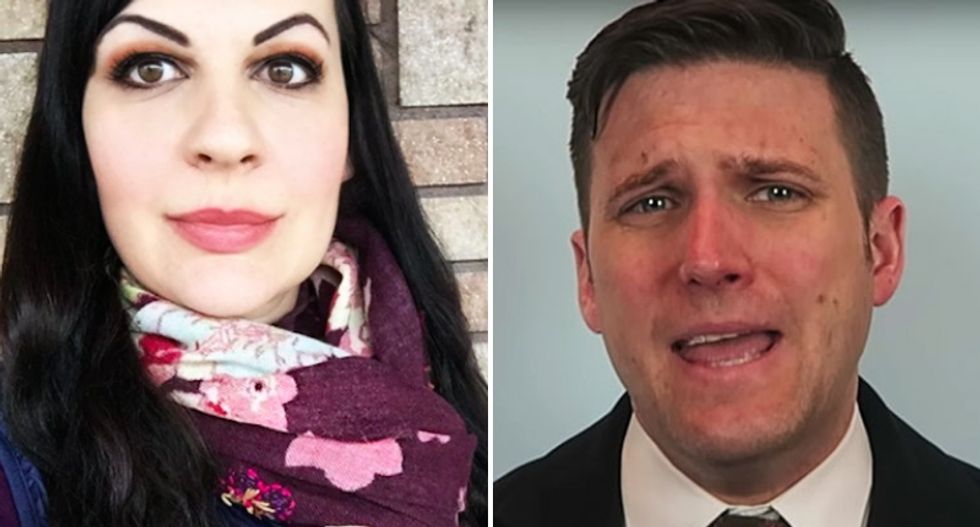 Richard Spencer's wife Nina Kroupiianova has accused him of physical, emotional, verbal and financial abuse while filing for divorce.

BuzzFeed News reported that Kroupiianova, who married the white nationalist figurehead in 2010 and has two children with him, made the allegations in her divorce filings in Montana.

Descriptions of the alleged abuse include the woman "being hit, being grabbed, being dragged around by her hair, being held down in a manner causing bruising, and being prevented from calling for help" by Spencer.

According to the filings, "Much of the abuse has occurred in the presence of the parties’ children," and Kroupiianova "has been reluctant to call police or seek an order of protection for fear of further reprisal" by her husband.

BuzzFeed noted that in the filings, Spencer's wife said that because of his "controversial public life," Kroupiianova and the couples' two young children are "targets of violence."

He allegedly kept a loaded gun in their bedroom that was "accessible to children" after being punched the day of President Donald Trump's inauguration.

“Despite the risk to his family,” the woman argued, “[Spencer] continues to engage in extremely polarizing public speech advocating ‘peaceful ethnic cleansing’ and a white-only ‘ethno-state’ which tends to invite passions and violence.”

“Most, if not all, of [Spencer’s] public speaking events result in violence,” Kroupiianova added.

Spencer denied "each, every and all allegations" in court filings.

Read the entire report on the Spencer and Kroupiianova's divorce via BuzzFeed News.