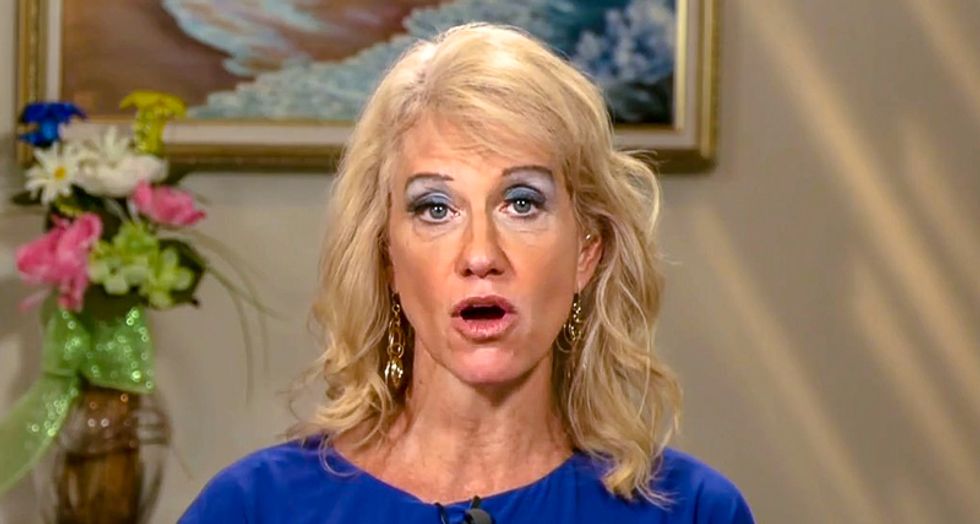 After Giuliani on Friday brushed off Trump being implicated in felony campaign finance violations by arguing that nobody got "killed" or "robbed" as a result of those crimes, Conway cleverly made revisions to the oath of office that Trump had to take before becoming the president.

“I do solemnly swear (or affirm) that I will faithfully execute the Office of President of the United States, and w… https://t.co/uWYtbGHSsf
— George Conway (@George Conway) 1544788905.0

Conway on Thursday night made waves when he seemingly subtweeted his own wife, who had just finished a disastrous interview with CNN's Chris Cuomo in which she was called out for lying about things the president had said in the past about his own knowledge of the hush-money payment scheme orchestrated by former "fixer" Michael Cohen in the weeks leading up to the 2016 election.