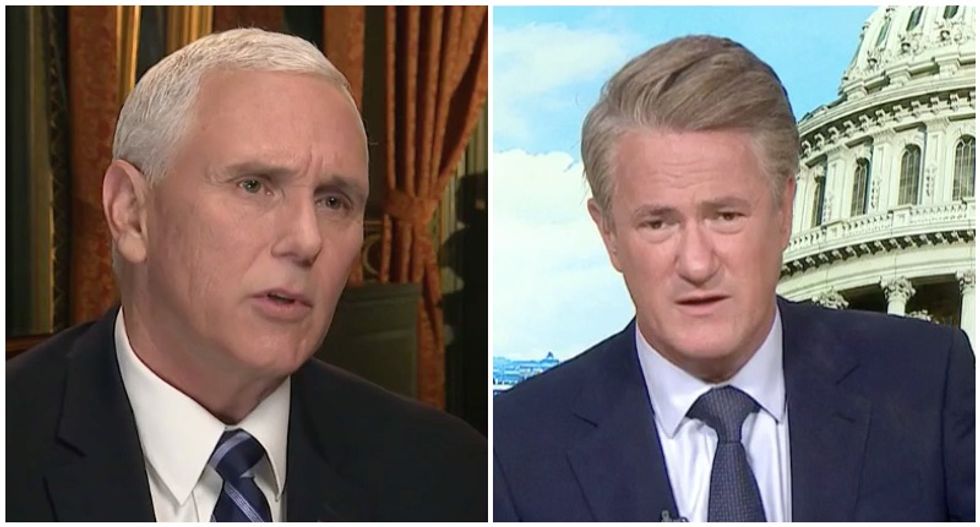 The "Morning Joe" host has consistently criticized Pence, whom he says should know better, for promoting dubious statistical claims about border security, and he reacted again with outrage to the vice president's interview on NBC's "Today" show.

"We now move from suspected terrorists to 'special-interest immigrants,'" Scarborough said. "Mike Pence once again floating that number 4,000 around when the overwhelming majority comes in through airports."

NBC News reported that only six people whose names showed up on a terror watch list were apprehended at the border, far below the administration's suggestion that thousands of potentially dangerous immigrants had tried to enter.

"And for what?" he added. "To please the boss because he made a promise he would build that wall, because he led a chant."