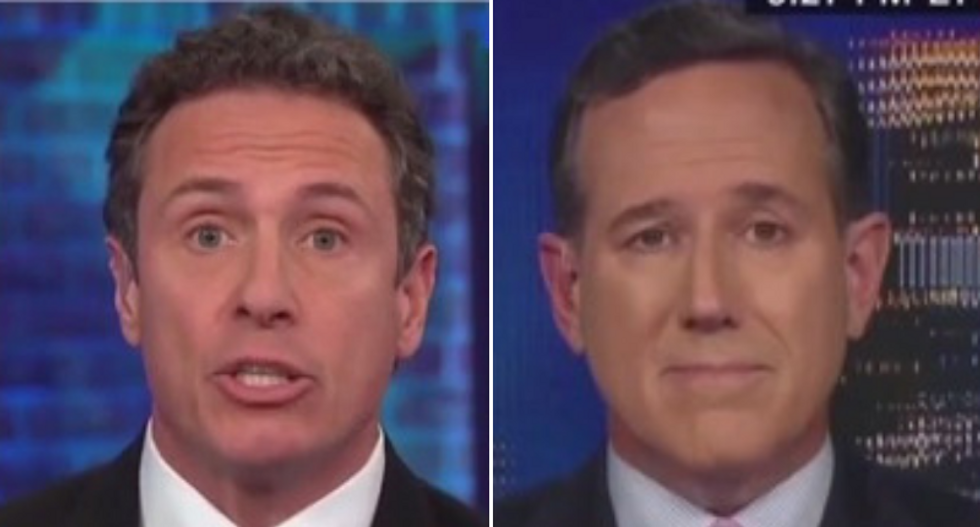 Cuomo and his guest, former South Carolina state politician Bakari Sellers, were making the point that Donald Trump has made a border wall his number one immigration priority when Santorum interrupted him and began citing tired arguments.

"The complete irony of this is he is willing to shut down the government over the wall, and guess who will not get paid?" Sellers mused. "Border Patrol agents."

The host hit back, telling Santorum he was "not being fair" by repeatedly interrupting Sellers. The Republican, however, kept repeating "fake news."

"Don't say that BS on this show," Cuomo said, visibly annoyed. "You know that this is the opposite of fake news."