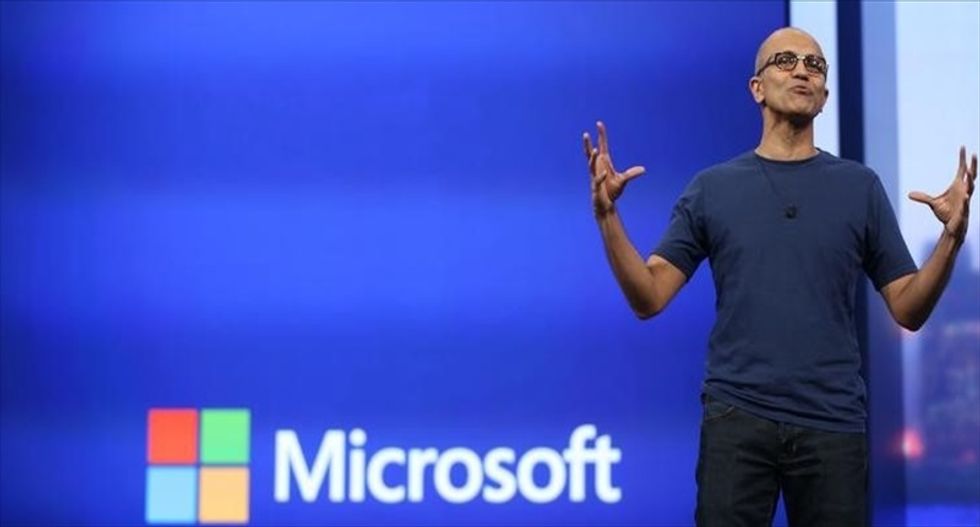 Microsoft CEO Satya Nadella gestures during his keynote address at the company's "build" conference in San Francisco, California on April 2, 2014. By Robert Galbraith for Reuters.

Some Microsoft Corp employees on Friday demanded that the company cancel a $480 million hardware contract to supply the U.S. Army, with 94 workers signing a petition calling on the company to stop developing “any and all weapons technologies.”

The organizing effort, described to Reuters by three Microsoft workers, offers the latest example in the last year of tech employees protesting cooperation with governments on emerging technologies.

Microsoft won a contract in November to supply the Army with at least 2,500 prototypes of augmented reality headsets, which digitally display contextual information in front of a user’s eyes. The government has said the devices would be used on the battlefield and in training to improve soldiers “lethality, mobility and situational awareness.”

In the petition to Microsoft executives, posted on Twitter, the workers said they “did not sign up to develop weapons, and we demand a say in how our work is used.” They called on the company to develop “a public-facing acceptable use policy” for its technology and an external review board to publicly enforce it.

Microsoft said in a statement that it always appreciates employee feedback. It also referred to an October blog post by its president, Brad Smith, in which he said the company remained committed to assisting the military and would advocate for laws to ensure responsible use of new technologies.

Though many governments want to draw upon the expertise of the biggest U.S. tech companies, employee resistance has added a new challenge to already complicated relationships.

Worker pushback led Alphabet Inc last year to announce it would not renew a Pentagon contract in which its artificial intelligence technology is used to analyze drone imagery.

In other cases, employee criticism has invited greater public scrutiny to deals, such as $10 billion cloud computing contract yet to be awarded and various contracts with U.S. Immigration and Customs Enforcement.

One Microsoft worker, speaking on condition of anonymity, said it was unclear whether any of the lead petitioners’ work was part of the Army contract. Another said several organizers work in the company’s cloud computing division, which is competing with rivals Google Cloud and Amazon Web Services to gain more government work.

Microsoft is expected unveil updates to HoloLens, its headset for businesses and governments, during an event at the Mobile World Congress industry conference in Barcelona on Sunday.