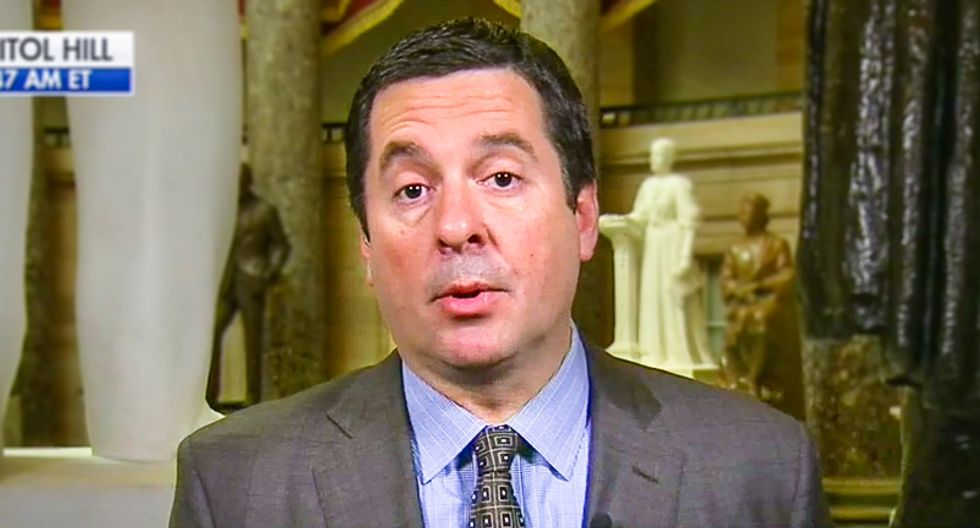 The protest happened around the 2010 passage of the Affordable Care Act, known colloquially as Obamacare. Lewis joined Congressman Rev. Emanuel Cleaver (D-MO) and Rep. Andre Carson (D-IN) and later noted that the tea party members were shouting insults that included the racist term.

During a C-SPAN episode of "Washington Journal," Nunes was asked about the protesters, where he claimed they had “every right to say what they want." He said the N-word was "not appropriate," but didn't call them out for their racist language. He excused away the bigotry by claiming the protesters were just emotional about the healthcare law.

“Can you give us a sense of the flavor of the debate on the floor, and what you're hearing?" asked host Steve Scully. "A lot of angry comments yesterday aimed at a couple of your colleagues including Barney Frank and Congressman John Lewis, using the N-word as some of the protesters jeered at him as he walked through the halls of the Capitol."

Nunes explained the protesters were only losing it because of President Barack Obama's leadership, which he claimed was dictatorial.

“Yeah, well, I think that when you use totalitarian tactics, people begin to act crazy,” Nunes claimed. “I think there’s people that have every right to say what they want. If they wanna smear someone, they can do it.”

He went on to say that he'd "stop short" of calling "the 20,000 people who were protesting" racists and that "not all of them were doing that."

Scully explained that those were just "some" of the stories and "some of the comments" overheard by the leaders.

“Yeah, of course, and I think that the left loves to play up a couple of incidents here or there, anything to draw attention away from what they are really doing,” Nunes said.

Nunes has come under fire for his recent decision to sue parody accounts on Twitter who have mocked him mercilessly. One such account is run by a fake cow that delivers attacks on Nunes using livestock puns. After the announcement of the lawsuit and an appearance on Fox News, Nunes became a laughing stock on late-night television and social media. The @DevinCow account now has over 500,000 followers and is still growing. Nunes only has 397,000 followers.

Nunes has explained away his lawsuit as an attack on "fake news," but never acknowledged the cow was also fake.

Watch the video clip below: