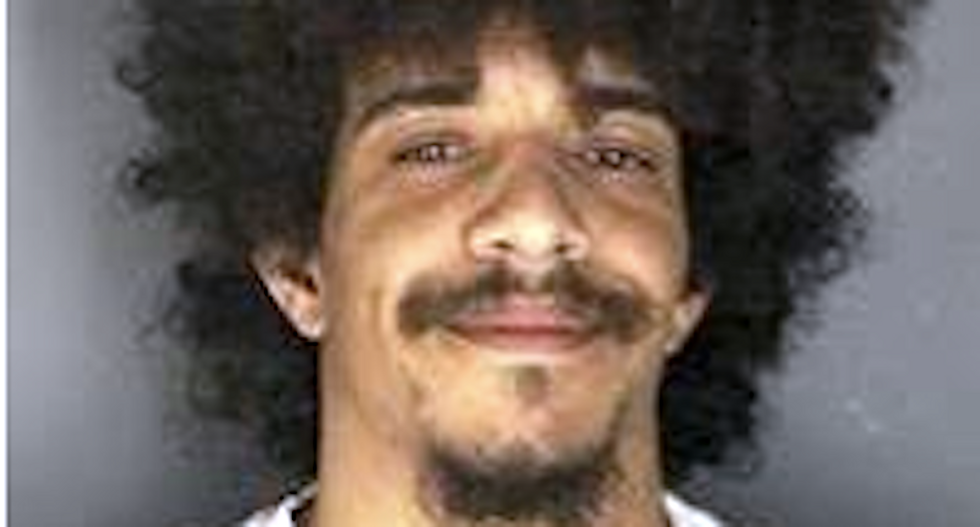 Boulder police arrested a black man for using a cane while filming an officer who was ticketing a group of homeless people, a month after the department's officers detained another black man at gunpoint as he picked up trash.

Officer Waylon Lolotai was on patrol Friday near some ballfields when he spotted three transients "lounging around a large pile of property and trash," and the police report shows he asked them for identification, reported the Daily Camera.

The officer wrote in his report that 26-year-old Sammie Lawrence approached him and began recording his interaction with the transients, and Lolotai noted the man was carrying a "large staff" in his hand.

Lawrence posted video of the encounter on Facebook, where he explained that he carried the staff -- which has a rubber tip and a carved handle in the shape of a dragon -- to help him walk and balance due to problems he has with seizures.

Lolotai wrote in his report that he didn't mind Lawrence recording him, but he asked him to move back and drop the staff.

Lawrence refused to drop the cane, and the officer said he was "alarmed" -- and he threatened him with arrest if he didn't drop the staff.

Two other officers showed up and ordered Lawrence to move back, and Lolotai tried to arrest him when he refused to follow their orders.

Lawrence "violently pulled away," according to Lolotai, and did not let go of the staff until the officer kicked it away from him.

"Stop it, you're assaulting me," Lawrence can be heard saying in the Facebook video.

Lawrence was taken to a hospital for examination before he was taken to the Boulder County Jail on suspicion of obstructing a peace officer and resisting arrest, and he was later released on bond.

Police kept the cane as evidence in the case, according to the officer's report.

Lolotai wrote in his report that he was recording with a body camera, but said it fell off during the struggle.

One of the transients in Lawrence's video was later arrested on suspicion of assaulting a man with an aluminum bat, police said.

Lawrence's arrest came just under a month after Boulder police detained a black student who was picking up trash in his own front yard, in a case that has generated national media coverage and fallen under internal investigation.

Police said Lawrence's arrest was reviewed by command staff, who did not order an internal investigation at this time.