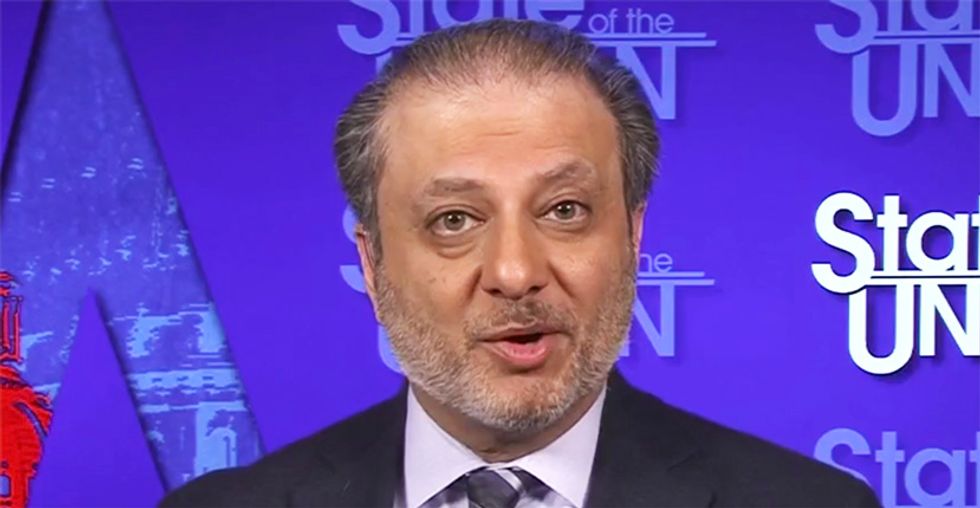 "I want your reaction to -- there's a whole lot in that Giuliani interview," Tapper began. "Let's start when I asked him to respond to Senator Mitt Romney criticizing the president's team for being willing to accept help from Russians on the campaign including the stolen documents."

"The reaction to the overall interview is that you are a patient man," Bharara replied. "There's a lot of character assassination, accusing men of being hit men, torture. in the context of talking about a nuanced sober report of being unfair."

"On the question of whether or not it's okay to take information from the Russians, I appreciate Giuliani's role is to defend the president at all costs, whatever argument he can put forth, whether it makes sense or not," he continued. "He should pause and think about what he's saying, not just an advocate for a president who he claims was exonerated in the report. The idea that it is okay -- separate and apart from it being a criminal offense -- we should be telling future candidates in the run-up to an election in 2020 if a foreign adversary is offering information against a political opponent, that it's okay and right and proper and American and patriotic, to take that information? That's an extraordinary statement and I would hope he would retract it."