White nationalists and neo-Nazis are increasingly recruiting gamers to fill their ranks: expert 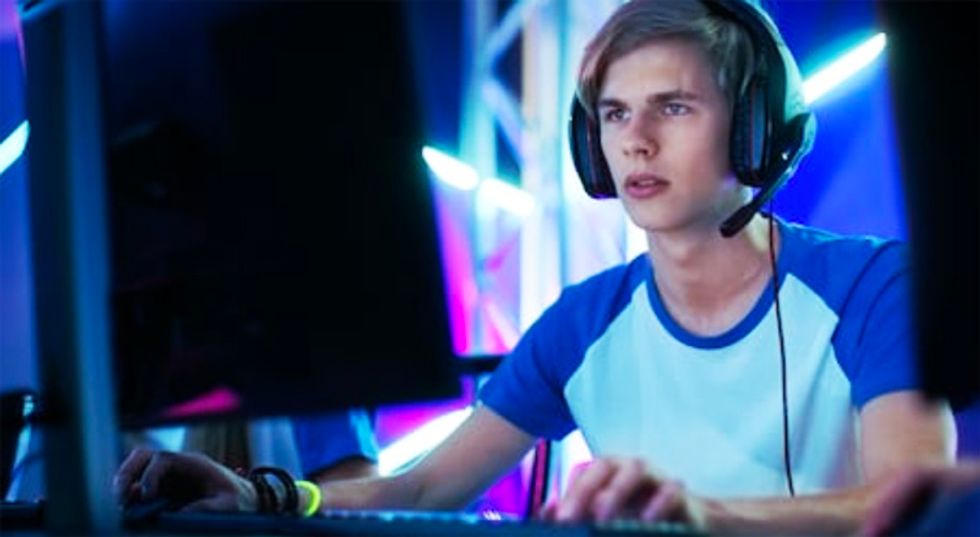 According to an expert on gaming and gaming culture, white nationalists are finding gaming chatrooms and forums to be fertile ground for recruiting disaffected young white men into their movement - which also includes supporting President Donald Trump.

In an interview with Zack Beauchamp at Vox, Megan Condis, a professor of communication at Texas Tech, explained that often gamers are young white men who feel they don't fit in anywhere else making them easy to influence when offered the opportunity to be invited to join a group.

According to Condis, "If you look at what a gamer is, if they’re a character in a movie or on a television show like The Big Bang Theory, it’s the stereotypical image of the straight white male. A lot of people who do resemble that stereotype and who do feel as though they aren’t accepted in other areas of culture — maybe they aren’t particularly popular at school or maybe they don’t feel like they kind of resonate with other things that are considered popular in culture — I think a lot of them have grabbed on to that stereotype."

"So if now if this place isn’t going to accept me, then where am I going to go" she continued. "I think that’s where white supremacists or alt-right folks come in and they say, 'Well, you have to go deeper. You have to go further into being insular and like ‘this space, we definitely won’t be letting in anyone different.’”

With Beauchamp pointing out, "You’ve noted that far-right political factions and white nationalists are actively taking advantage of these dynamics to actively radicalize young men and recruit them to their cause," Condis mentioned the fact that former Donald Trump White House adviser Steve Bannon recognized the dynamic during what was known as "Gamergate."

"There was a quote of him [Bannon] remarking 'You can activate that army. They come in through Gamergate or whatever and then get turned onto politics and Trump," she replied before adding, "Then, lo and behold, Gamergate happens. You start to see coverage on Breitbart media of Gamergate, and I started to see mentions of Gamergate in explicitly white supremacist spaces. The white supremacist online journal Radix published an article about how Gamergate should be this moment where young men, millennial men realize that feminism has this great power of this broader culture and that this is their opportunity to kind of rise up and push back against that."

Condis explained that the resentment gamers feel about the more diverse world around them makes them obvious targets for white supremacists whose entire culture is built upon grievances and a feeling of loss of power.

"In white supremacist groups, there are people who have noticed that this discontent that exists among a certain sector of gamers — this sense that this is the space that I could go to be an unapologetic white male and not to worry about politics or about whatever is going on in my regular life — when they sensed that discontent with the presence of women and people of color in that space, they realized that that would be a story," she explained. "That it would be easy to then latch on to and to say you’re right, women and people of color are honing in on your space and they’re doing it in a broader space too."

According to the professor, it is up to the producers of games -- who often host the chatrooms -- to do more policing.

"These are huge studios, like akin to Hollywood movie studios. We need to expect more out of the industry and saying your industry makes billions of dollars a year, you have the resources to hire some human moderators or you have the resources to set up a page where people can go if they want to have more information about reporting whatever type of content," she advised. "We need to treat it like it’s a cultural industry and pay attention to it accordingly."