‘Bette Midler can drop the mic’: Internet blasts Trump for losing a Twitter feud at 1:30 am 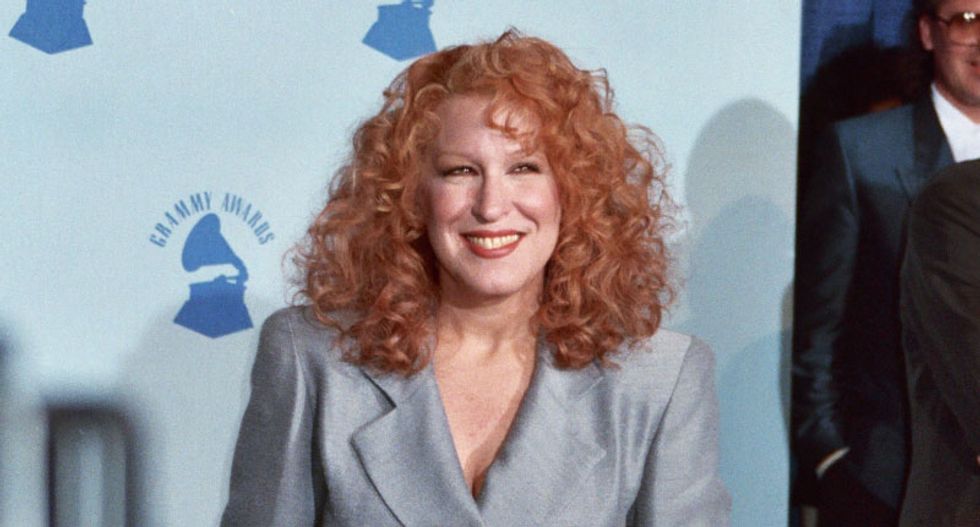 President Donald Trump launched a Twitter feud against actress Bette Midler -- at 1:30 a.m. -- while on his overseas trip to the United Kingdom.

But they weren't the only ones criticizing the president's outburst.

Here is what other people were saying on Twitter:

@realDonaldTrump @BetteMidler ‘Washed up psycho’? 1) The fact that you’re using your platform to bully a citizen i… https://t.co/ExQoMpLGeq
— Tris Resists (@Tris Resists)1559699816.0

@mistykalevil @realDonaldTrump @BetteMidler I thought Trump was the Prince Of Whales.
— Mike (@Mike)1559695018.0

@realDonaldTrump @BetteMidler First of all, Bette Miller did something you are incapable of doing. She made a mista… https://t.co/HW1iNj0wNg
— American Veteran (@American Veteran)1559701492.0

@realDonaldTrump @BetteMidler Now it’s almost 2 in the morning where you are and you’re rage tweeting about Bette M… https://t.co/H70t0peC7d
— Lesley Abravanel🆘 (@Lesley Abravanel🆘)1559695556.0

@realDonaldTrump @BetteMidler It's a good thing your wife is against bullying... #BeBest
— John Pavlovitz (@John Pavlovitz)1559698563.0

Now, just hours before the President is called upon to mark the 75th anniversary of one of the most heroic events i… https://t.co/cqSA3kei8D
— Ronald Klain (@Ronald Klain)1559695597.0

tweeting about Bette Midler at 1:30 in the morning after attending a Royal Gala is NOT gonna help you get invited t… https://t.co/OTVCmZjL1H
— Matt Oswalt (@Matt Oswalt)1559698616.0

Dear @Twitter, What's the point of even having a 'Terms of Service' if your most publicized user can still constan… https://t.co/m1NuXJBvKn
— Translate Trump (@Translate Trump)1559695136.0