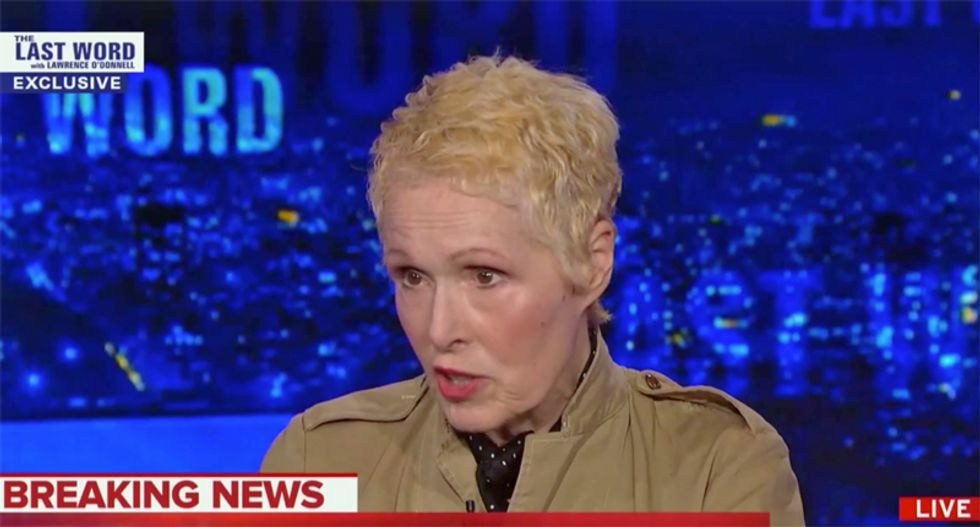 The prominent author who accused Donald Trump of rape will not be filing First Degree Rape charges against the president.

Writing in New York magazine, journalist E. Jean Carroll told a harrowing story of being raped by Trump in the 1990s.

Trump denied the accusation, which was called into question by a lie in his denial. He also lashed out at Carroll, saying he wants her to "pay dearly."

New York no longer has a statute of limitations on First Degree Rape.

Carroll was asked by MSNBC's Lawrence O'Donnell about the analysis by Maya Wiley that she could still file charges -- and there might be evidence on the coat she was wearing.

"Would you consider bringing the rape charge against Donald Trump for this?" O'Donnell asked.

"I would find it disrespectful of the women down on the border raped around the clock without any protection. They’re young women you know there by the thousands. The women have very little protection there. It would just be disrespectful. Mine was three minutes. I can handle it. I can keep going," she explained. "My life has gone on, I’m a happy woman but for the women down there and for the women — actually around the world, and every culture this is going on. No matter high or low in it just feels disrespectful that I would bring — it just doesn’t make sense to me."