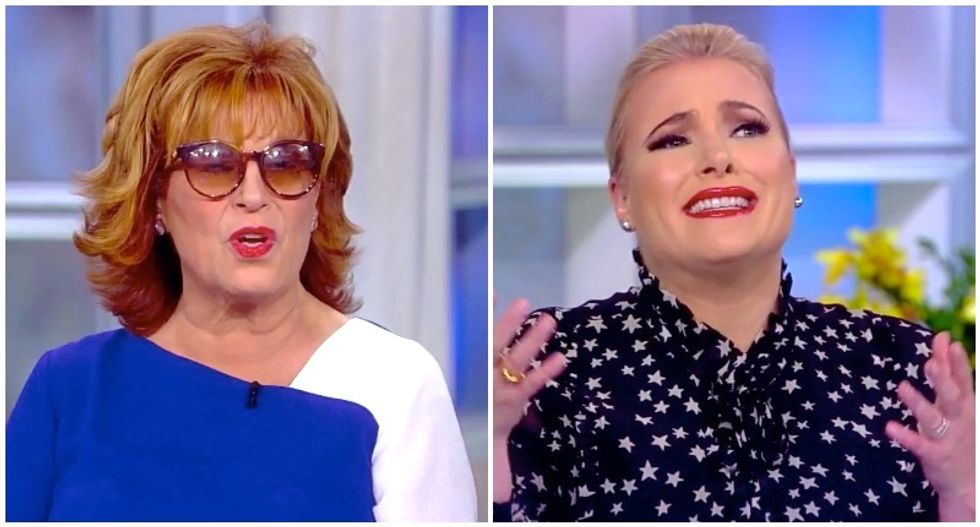 "The View" panelists agreed Thursday night's Democratic debate generated bigger headlines than the first debate a night before, and McCain took a shot at one upstart challenger she sparred with on the show and online.

"Julian Castro, nothing he did in any way compared to what a bunch of people did on that stage," McCain said. "I was also -- more than anything -- freaking Bernie Sanders and (Kirsten) Gillibrand for horrible."

"Marianne Williamson was hitting me with so much crazy," she added. "I loved every second of it on every level. I have to show it, I was laughing last night. We have to show the montage."

The producers rolled video of Williamson, the self-help guru and best-selling author, during the debate, and McCain said she found her performance unintentionally hilarious.

"I felt so much entertainment, and maybe you guys are classier than I am," she said, "but I had people over watching and I was, like, 'I don't know if she's, like, a murder mystery actress.' What's happening? But I loved it."

Co-host Sunny Hostin wasn't sure she should have been included in the debate, and McCain agreed she probably shouldn't have been there -- but Behar wasn't sure Williamson was out of place.

"You know what?" Behar said. "She's no crazier than Trump, who thinks wind turbines cause cancer."

McCain fired back by reading off some of Williamson's bizarre tweets.

"Au contraire," McCain said. "She thinks you can combat radiation, I retweeted it, with the power of your mind is greater than the power of nuclear radiation. I said, good thing she wasn't in charge of the Chernobyl incident."