Pete Buttigieg opens the door for prosecuting Trump if he's elected: 'The rule of law will catch up to this president' 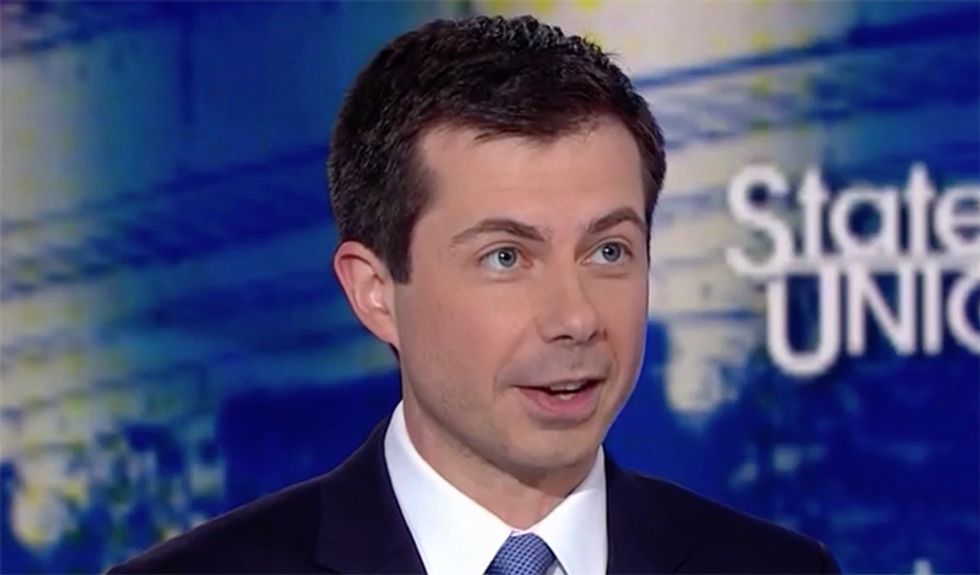 In an interview with CNN's Jake Tapper, South Bend Mayor Pete Buttigieg -- who has jumped to the forefront of potential Democratic presidential nominees -- did not rule out seeing President Donald Trump prosecuted after he leaves office.

During his appearance on "State of the Union," the Democrat discussed his drive for the nomination and was asked by the host about comments made by Sen. Kamala Harris (D-CA) that, if she is elected president, her Justice Department would have no choice but to go forward with obstruction of justice charges against President Trump.

"Would the Justice Department under President Buttigieg feel the same way -- do the same thing?" Tapper asked.

"My Justice Department will be empowered to reach its own conclusions," Buttigieg replied. "Two things are true and clear: one, nobody is above the law. And two: the prosecutorial process should have nothing to do with politics."

"The less this has to do with the president the better," he explained. "Right now we have a president who seems to think that the president can just dictate what the DOJ will do and call for political opponents to be jailed. I believe that the rule of law will catch up to this president."

"It doesn't require the Oval Office putting any kind of thumb on the scale. I trust the DOJ to reach the right determination," he added.

"It sounds like you have an issue with Kamala Harris saying that," Tapper pressed.

"I'm speaking to how I view the issue but I think we can maintain the two principles: nobody is above the law and prosecution should have nothing to do with politics and it should come from the DOJ itself, not the Oval Office," he replied.