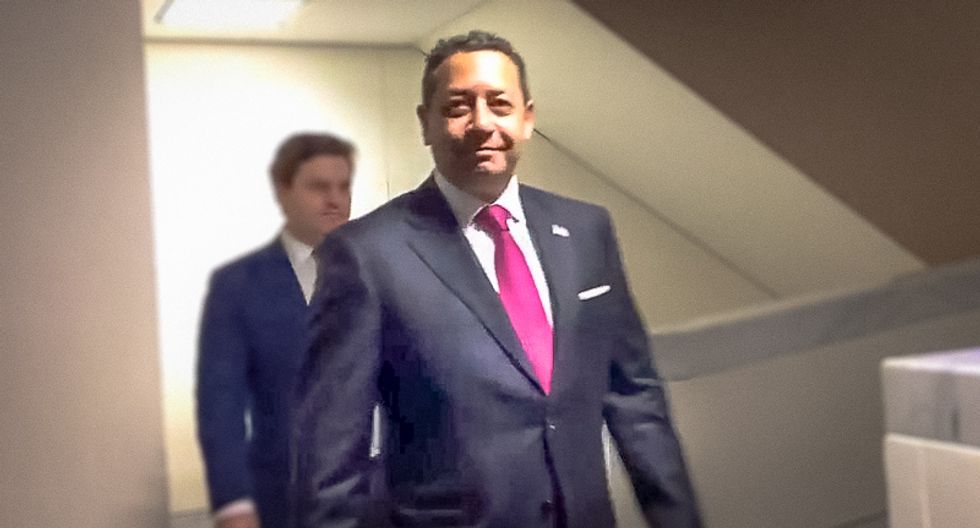 On Wednesday, the Washington Post reported that Felix Sater, the Russian-American real-estate developer at the center of the proposal to build a Trump Tower project in Moscow in 2016, will testify before the House Intelligence Committee in a closed-door hearing on Friday.

Sater, in addition to working on the planning for Trump Tower Moscow, escorted Ivanka and Donald Trump Jr. to Russia during the preliminary stages of the project, which never came to fruition.

Donald Jr. had previously testified to the Senate that his involvement in the project was very minimal, which has opened him up to accusations of perjury and a further round of questioning from Senate Intelligence Chairman Richard Burr (R-NC).

The details of the Trump Tower Moscow project have been a key focus of Democrats in Congress, as Trump was pursuing a deal with a foreign government at the same time that government was launching cyberattacks against the U.S. election in which he was a candidate.

This news comes just as former White House Communications Director Hope Hicks wrapped up a closed-door hearing with the House Judiciary Committee, during which she categorically refused to speak about anything that happened during her tenure in the administration after White House Counsel Pat Cipollone declared her "immune."