Trump just gave Don McGahn a reason to testify to Congress — ‘’and it won’t be good for the president’: CNN analyst 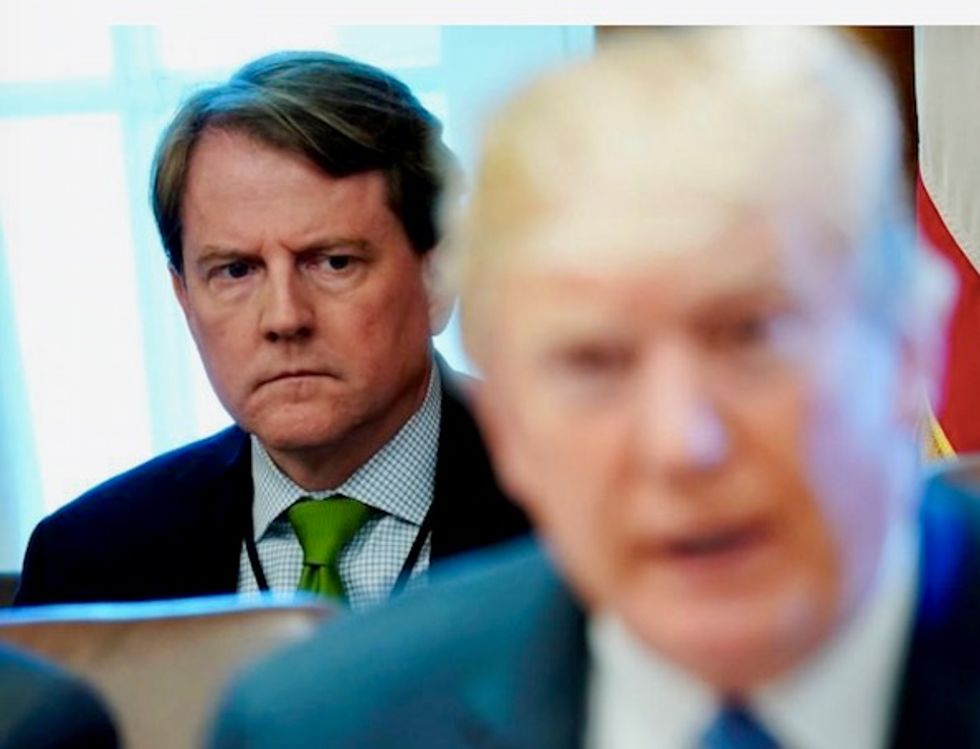 During a panel discussion on Donald Trump's latest attacks on former White House counsel Don McGahn -- accusing him of lying to special counsel Robert Mueller to make himself look good -- a CNN analyst suggested the president may come to regret his comments.

Speaking with CNN fill-in host Alex Marquardt, every member of the panel said there was no way that McGahn would lie while under oath when he spoke with Justice Department officials.

According to former national security prosecutor Joseph Moreno, Trump was foolish to bring McGahn up again in the ABC interview.

"This is so interesting because normally when you're under investigation or in this case possible impeachment you want to move things past," the bemused Moreno explained. " You want to do what the Republicans are saying' case closed.' The president seems to relish in bringing this up, and not only that: Don McGahn holds a really vital position in terms of what he knows, so for the president of all people to be calling him out and effectively calling him a liar, that's a terrible strategy."

Former CIA analyst Phil Mudd then joined the pile-on adding, "I left government years ago. If the CIA told me I couldn't testify --- If the White House tells Don McGahn he can't testify -- if I were him I would say you just impugned my integrity."

"I think McGahn is going to appear publicly at some point and it won't go well for the president,' he warned.