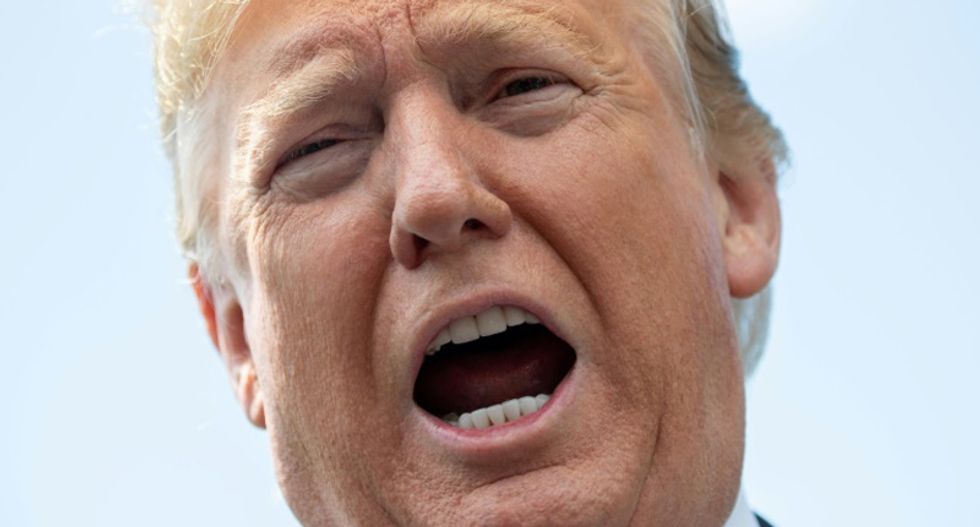 President Donald Trump worked himself up ahead of his social media summit by tossing out insults and trolling his critics.

The president will host some -- but not all -- of his online superfans Thursday at the White House to discuss the alleged social media bias against Trump supporters.

"A big subject today at the White House Social Media Summit will be the tremendous dishonesty, bias, discrimination and suppression practiced by certain companies," Trump tweeted. "We will not let them get away with it much longer. The Fake News Media will also be there, but for a limited period."

"The Fake News is not as important, or as powerful, as Social Media," he continued. "They have lost tremendous credibility since that day in November, 2016, that I came down the escalator with the person who was to become your future First Lady."

Trump came down the escalator in his Manhattan residential tower in June 2015, and was elected in November 2016.

"When I ultimately leave office in six years, or maybe 10 or 14 (just kidding), they will quickly go out of business for lack of credibility, or approval, from the public," tweeted Trump, who reportedly believes that he's driving his critics crazy by claiming he would serve more than eight years as president.

Then he lobbed insulting nicknames at his Democratic rivals.

"That’s why they will all be Endorsing me at some point, one way or the other," Trump tweeted. Could you imagine having Sleepy Joe Biden, or @AlfredENeuman99, or a very nervous and skinny version of Pocahontas (1000/24th), as your President, rather than what you have now, so great looking and smart, a true Stable Genius! Sorry to say that even Social Media would be driven out of business along with, and finally, the Fake News Media!"