'We were screaming -- we were praying': Mother recalls parents carrying lifeless little boy after Gilroy shooting 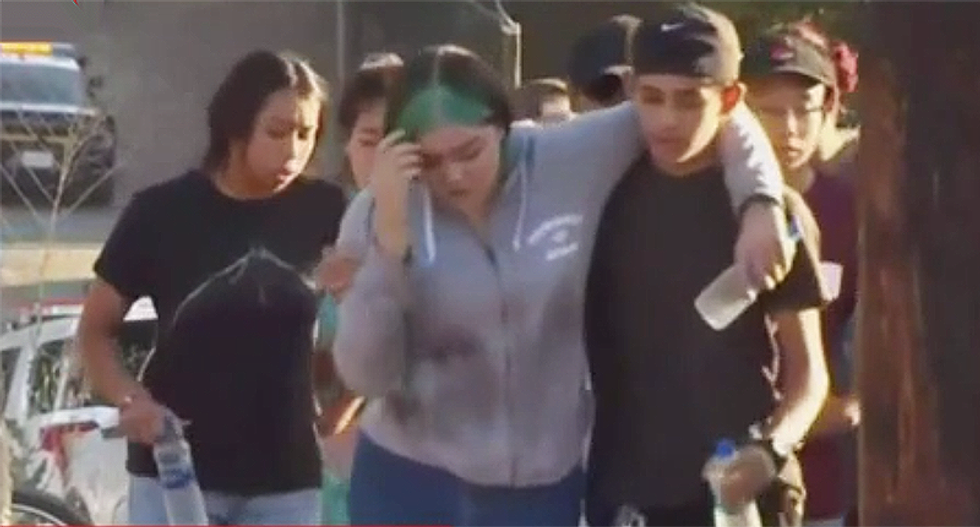 The sobbing mother said that she heard the gunfire and grabbed her daughter and searched for safety.

"The shots got very, very loud. And, so, that's when we knew that something was wrong," she recalled to KNTV. "And the vendor that was getting ready to serve me, she actually said, 'Get down! That's gunfire. There's a shooter!' So, we were ducking down, and at that point, instead of me hitting the ground, I picked up my 4-year-old daughter and decided to run."

She said that she ran inside of a trailer where she and others also hid.

"Inside the trailer were some other vendors, and I just jumped in the trailer with those vendors and my husband followed," she continued. "But I had two other children that were with me, my 19-year-old and my 15-year-old that went in a completely different area. They ran outside of the park."

She said that she heard approximately 40 rounds of shots, so they stayed in the trailer.

"We were screaming. We were praying. We were doing everything. And so it stopped," she recalled. "So, we thought after a while it had stopped -- it was safe to come out. As soon as we tried to come out of the trailer, there were more rounds fired. So, we went right back into the trailer, and we stayed there until it absolutely stopped."

When she stepped outside, that's when she saw the horrors of the scene.

"There was a guy standing there, one of the vendors and he said, 'Ma'am, you have a 4-year-old baby, the girl right there. Please turn around and don't let her see this. There's a little boy coming. I don't want you to see it,'" she recalled, breaking down. "But I couldn't turn away. But I turned my baby girl away. And as I'm looking, I see the baby boy that's about the same age as my daughter coming up and the parents was holding and screaming at him, and he had blood pouring out the side of his head."

The account of the little boy was also reported by two other witnesses, who said they knew with certainty that the child was dead from a gunshot wound to the head.

She said that the same man also told her to turn away again because another person was coming.

"There's a guy that's dragging someone -- and the person was just lifeless that they were dragging that was shot, as well," Waugh sobbed. "And so I just — we just couldn't — I couldn't do anything. I was just frozen -- just standing there seeing this. And then so my husband at that time got my attention and said, 'Come on, we've got to go. We've got to get out of here. We've got to start making our way out of here.' We just didn't know where to go."

Listen to her heartbreaking experience below: