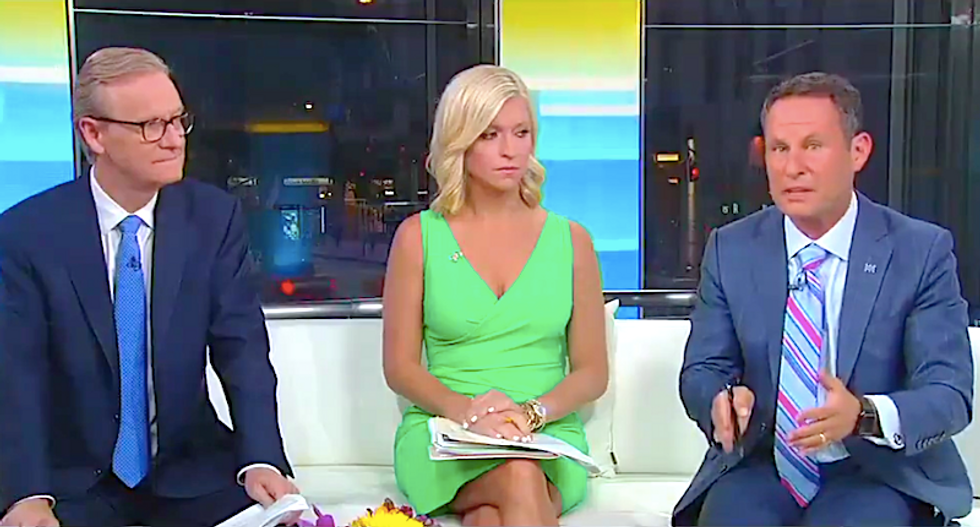 Former President Barack Obama implicitly called out his successor's racism following a pair of mass shootings, and the hosts of "Fox & Friends" howled in protest.

A gunman who killed 21 shoppers at a Walmart store in El Paso echoed President Donald Trump's hateful language about Latino immigrants, and Obama issued a statement linking the president to white nationalist violence.

"We should soundly reject language coming out of the mouths of any of our leaders that feeds a climate of fear and hatred or normalizes racist sentiments," Obama said, "leaders who demonize those who don’t look like us, or suggest that other people, including immigrants, threaten our way of life, or refer to other people as sub-human, or imply that America belongs to just one certain type of people."

Kilmeade was just getting started.

The president approvingly quoted the segment at length about a half hour later in a pair of tweets.