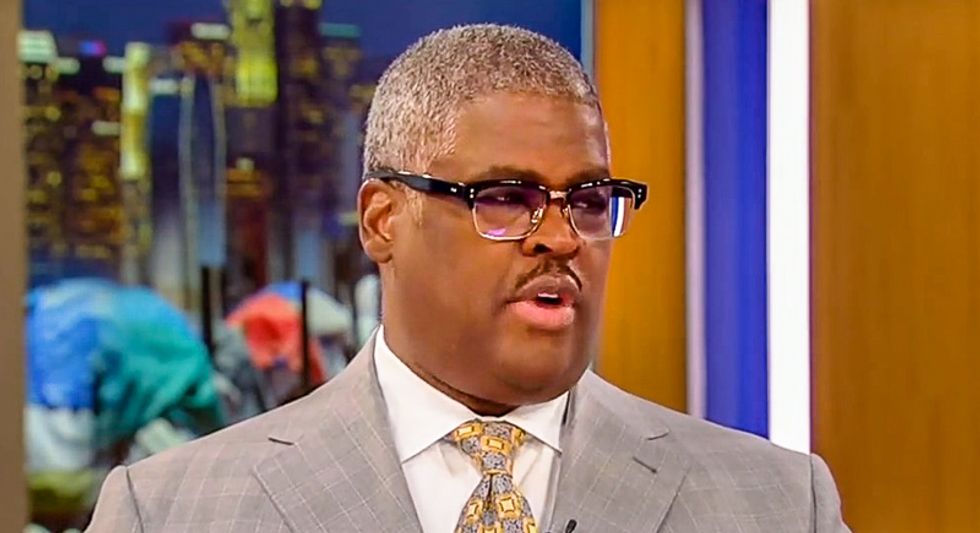 The hosts of "Fox & Friends" reassured their viewers -- including President Donald Trump -- that any forecasts of a looming recession are deliberate attempts to tank the economy and hurt the president's re-election chances.

Trump reportedly rejects less-than-rosy economic assessments as attempts by the media and his political opponents to manipulate data and make him look bad, and the hosts of his favorite morning news program agreed.

"It's so obvious what they are doing," said co-host Ainsley Earhardt. They do not want him to win again and they don't like that the economy is doing well, apparently."

Fox Business Network contributor Charles Payne suggested that discussing the possibility of an economic downturn would become a self-fulfilling prophesy.

"The CEO of Bank of America said it best, Brian Moynihan said that the only fear of recession we have is the fear of recession," Payne said. "In other words, the only thing that can happen in this country right now that can derail this economic juggernaut, is if everyone believes it's going to be derailed."

"I hate to say it," he added, "but to a degree the media almost did that in December, and I think some people do it deliberately. Listen, there's no economic data out there that suggests we are on the cusp of a recession."

Co-host Steve Doocy pointed out that analysts were concerned about the inversion of the U.S. Treasury yield curve, which has flipped ahead of each of the last official recessions over the past 50 years, but Payne pooh-poohed those concerns.

"Guess what we saw last week?" Payne said. "Retail sales soar, absolutely soared significantly better than anyone participated. We saw an earnings report from Walmart that was absolutely remarkable."

"Here's why Walmart is a great proxy," he said. "Not because they did almost $131 billion in sales in three months, but because every American goes there. One-third of the shoppers have households $100,000 income. People used to think, Walmart, lower end -- no. that's Americana."

Doocy pointed out that Walmart was the top grocery store in the U.S., as well, and Payne again accused Trump's critics of deliberately trying to harm the economy.

"Bottom line is, it seems to be a deliberate attempt by many people to make this economy go into recession," Payne said.