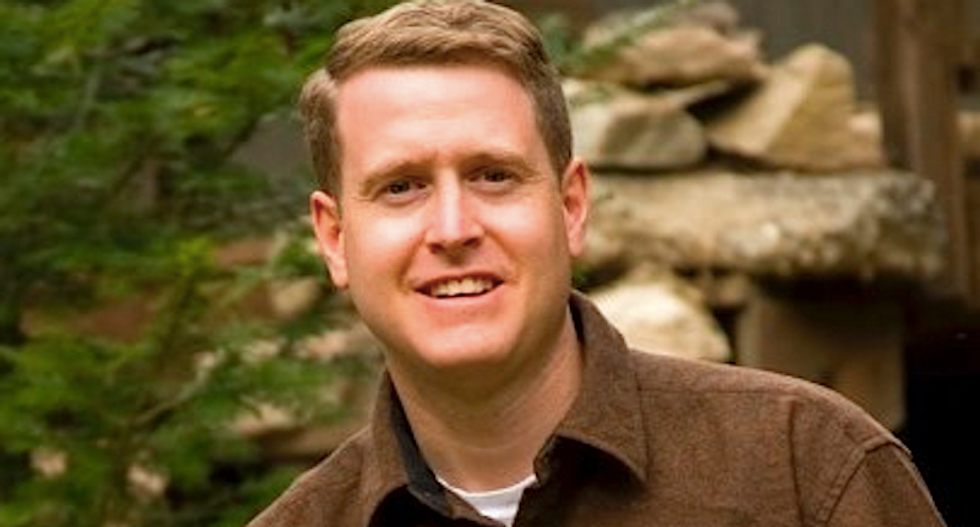 A group of religious leaders has called for the expulsion of a right-wing Washington state lawmaker over his calls for political violence and ties to anti-government extremist groups.

State Rep. Matt Shea (R-Spokane) has distributed a manifesto called the "Biblical basis for war" and spied on his political enemies, and the Faith Leaders and Leaders of Conscience of Eastern Washington and North Idaho have joined with the Spokane Police Guild, the Spokane NAACP, several local elected officials to say enough is enough.

The coalition of faith leaders, lawmakers, law enforcement officers and civil rights activists have asked the state legislature to expel Shea if he does not resign over his actions and statements.

"We are mindful of the life-threatening reality of both Christian Dominionism and white supremacy that exists in our communities and our nation," the coalition said in a letter published by the Inlander newspaper. "We recognize that domestic terrorism has become a threat to our freedoms of life, liberty and the pursuit of happiness."

The coalition said Shea's statements -- which include the endorsement of a group training child soldiers for a "holy war" -- stoke fear and promote violence, and they said his manifesto twists biblical teachings to promote racism and bigotry.

"With the epidemic of mass shootings, we are reminded that brutality grows out of words and actions like those of Rep. Shea," stated the letter, signed by the Rev. Genavieve Heywood. "We firmly declare that bigotry and violence have no place in our communities."

Removing the extremely conservative lawmaker from the legislature may prove difficult, based on legislative history, reported Crosscut.

Only one lawmaker has been expelled from the legislature, in 1933, when state Rep. Nelson Robinson was found guilty of having sex with a 12-year-old girl and subsequently pardoned by the governor.

The legislature has authorized an independent investigation of Shea's activities, and House Minority Leader J.T. Wilcox (R-Yelm) wants to wait until that has concluded before taking any action against his fellow Republican lawmaker.

“I think it is important to let the investigation take its course, without prejudicing it in any way,” Wilcox said