'Small and isolated' Trump visited El Paso and all he left behind was a 'fresh dose of racism': Texas author 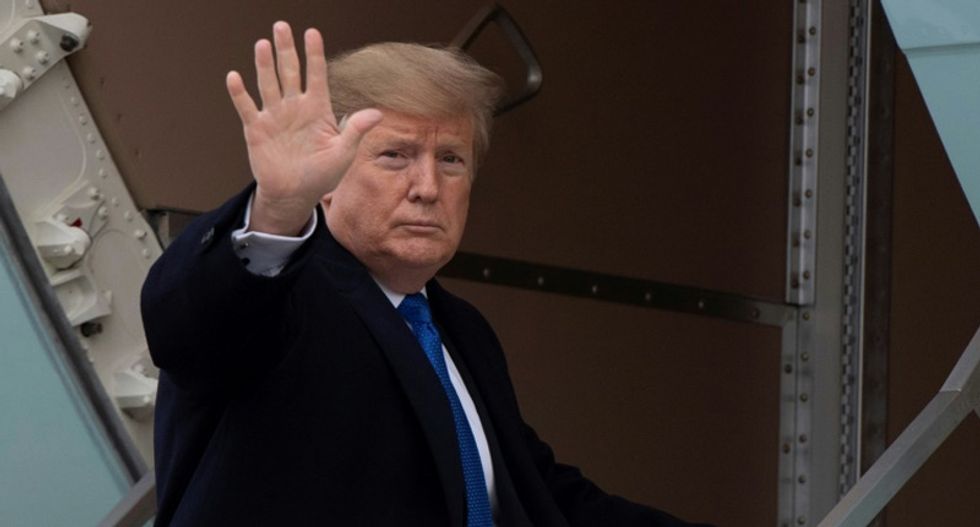 Despite White House protestations that Donald Trump was treated like a "rock star" while visiting survivors of the mass shootings in Dayton, Ohio, and El Paso, Texas, a native of El Paso and author on life in Texas said the visit to console the victims and unite the country was an abject failure and likely only unified voters against  the president.

According to Richard Parker, writing for the New York Times, "If consoling the nation in a time of desperate need is a vital and yet simple task of the American presidency, Donald J. Trump failed miserably this week."

Parker, the author of "Lone Star Nation: How Texas Will Transform America," continued, "From his flight on Wednesday to Dayton, Ohio, to this sprawling high-desert city on the Mexican border, the 45th occupant of the White House not only littered his consolation tour with petty insults — but just to rub salt in the wound, doses of renewed racism. Yet most striking was how alone and outnumbered the president was: rejected, ostracized and told to go home."

His description comports with a report from the New York Times' Maggie Haberman who reported on Thursday morning that even White House officials agree the trip was a "debacle."

The way Parker saw it, "With no public appearances, the president seemed to shrink, ever more alone as he clung to his white nationalist politics and governance. But he and his supporters were grossly outnumbered. For perhaps the first time in his angry, racist and cruel presidency, the tables were turned in smoldering, righteous popular anger — and he was on the receiving end."

"Trump even jabbed a racist poke at El Paso, ridiculing the former Democratic Representative Beto O’Rourke’s Spanish first name, though he is of Anglo descent: 'Beto (phony name to indicate Hispanic heritage) O’Rourke, who is embarrassed by my last visit to the Great State of Texas, where I trounced him, and is now even more embarrassed polling at 1% in the Democratic Primary, should respect the victims & law enforcement — & be quiet!'" Parker quoted the president's tweet before adding, "While it was bad manners for a nation in mourning, it was more than that: It was a fresh dose of racism. In an era in which minorities are becoming majorities, as in Texas, and intermarrying with Anglos, who is Mr. Trump to judge people’s race and ethnicity based on their names? My last name is Anglo, but I am the son of a Mexican immigrant."

"How people actually live here stands in stark contrast to Mr. Trump’s white nationalism, consistently separating Americans into old-fashioned, racist categories," he wrote before reporting, "As if to symbolize just how out of touch Trumpism is here and in much of America, a sole woman approached the makeshift memorial at the Walmart where 22 people died. She wore a bright red MAGA hat, and quickly over 30 people surrounded her chanting: 'Take it off! Take it off!' She refused, yelling back that the president should be accepted here — only to be drowned out. Later, young people appeared, dressed in black, chanting: 'white violence, White House.'"

This, he warned the president, is a sign that the tide is turning and that the slaughter of innocents by an anti-Mexican white nationalist has become a wake-up call.

"Another president might have been sensitive enough to sense the shift, and changed course accordingly — played the convener, the unifier," he wrote. "Instead, Mr. Trump displayed just how small he is, no matter how big his mouth or powerful his office. He never once appeared in public. By 6:01 p.m., after just a little more than two hours, he was safely aboard Air Force One again and it was wheels up into the sky. But he is a shrinking president, stuck in a racist past, flying over a changing America."