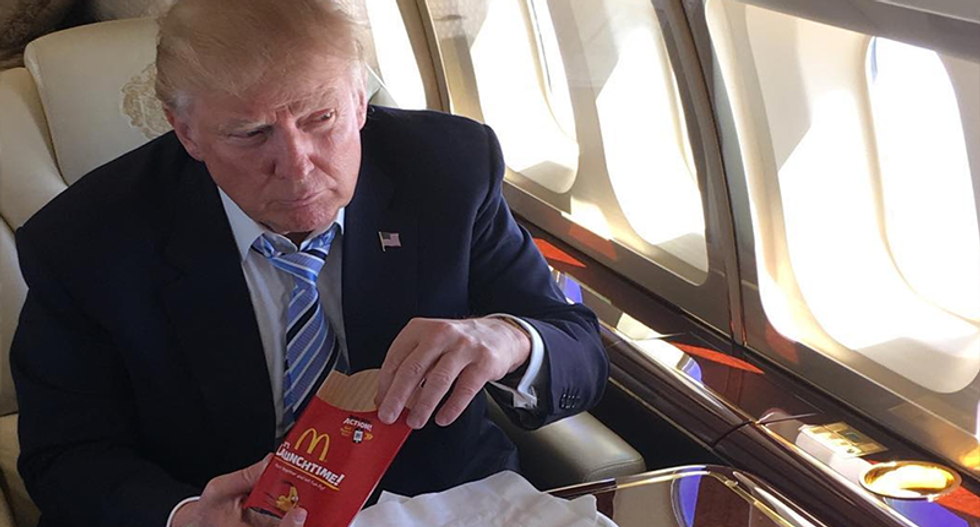 Friday evening, The New York Times revealed more details about the gossip spread by former White House staffer Madeleine Westerhout that resulted in her no longer working for the administration.

The first news on what was discussed was reported in a bombshell report by Politico.

“Madeleine Westerhout, who left her White House job suddenly on Thursday as President Trump’s personal assistant, was fired after bragging to reporters that she had a better relationship with Trump than his own daughters, Ivanka and Tiffany Trump, and that the president did not like being in pictures with Tiffany because he perceived her as overweight,” the report revealed. “Westerhout also jokingly told the journalists that Trump couldn’t pick Tiffany out of a crowd, said one of the people."

Trump addressed the controversy on Friday afternoon while departing for Camp David.

“And I love Tiffany,” he added. “Tiffany is a great person.”

"Ms. Westerhout attended the dinner with Hogan Gidley, a White House spokesman. After he left, she began to tell reporters about Mr. Trump’s eating habits; his youngest son, Barron Trump; and his thoughts about the weight and appearance of his daughter Tiffany Trump, according to a group of current and former administration officials who were told what happened," the newspaper reported.

"In interviews, over a dozen current and former Trump administration officials said that the episode was emblematic of a White House where constant turnover has allowed inexperienced staff members to rise to positions of power — or, at least, to pursue them," The Times added. "Even for a White House besieged with leaks from the beginning, Ms. Westerhout’s behavior was considered a stunning breach of protocol for an aide whom Mr. Trump this year had promoted to special assistant and director of Oval Office operations."

The president has once again lost a trusted advisor.

"Trump did not immediately trust her when she was hired at the White House. She had no prior relationship with him, and according to “American Carnage,” a recent book by Tim Alberta, the chief political correspondent for Politico Magazine, she wept on election night at the fact that he won — an account confirmed by White House officials," The Times reported. "The president had grown to trust her and had grown fond of her."