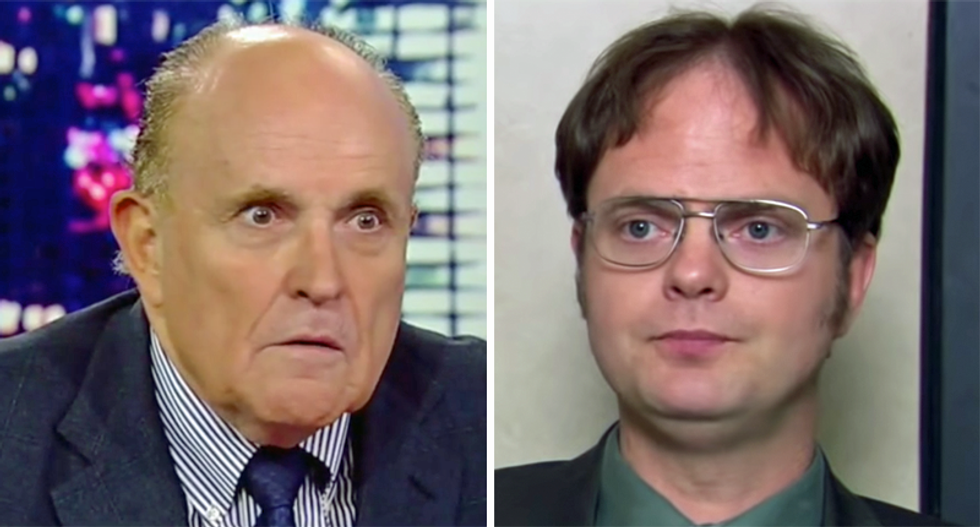 In an interview with Judge Jeanine Pirro, Giuliani implicated both Attorney General Bill Barr and Secretary of State Mike Pompeo in the escalating Ukraine scandal.

The very next hour on Fox News, Giuliani was likened to Dwight Schrute, the hapless character on "The Office" who was portrayed by Rainn Wilson.

"Just to show you how deep undercover this was to President Trump, he put his Dwight Schrute on it, Giuliani, who is the assistant to the assistant," Fox News personality Tyrus charged.

"He loves him, he knows he can’t have a real job. So he’s like, 'Yes, you can go out to Ukraine, yeah, absolutely,'" he said, to laughter from the studio audience.

In fact, Giuliani holds no official role in the administration.