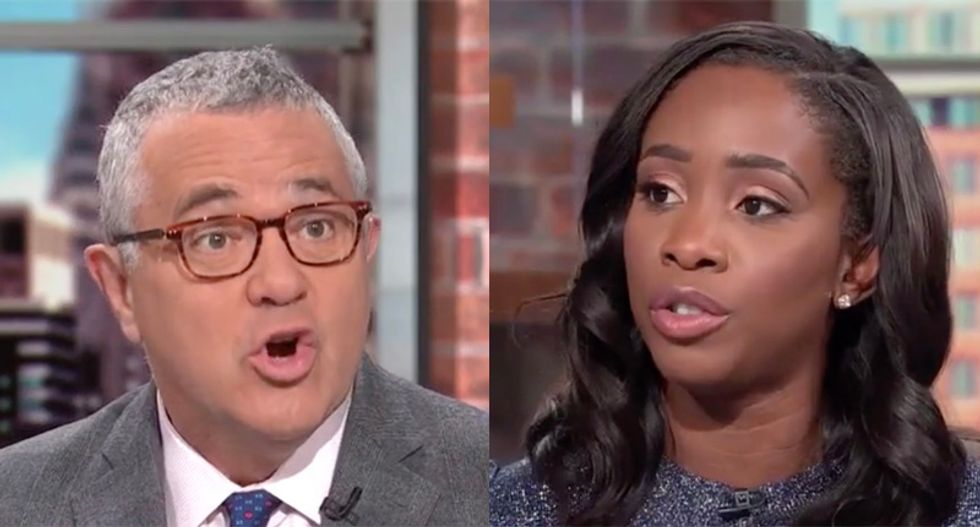 Moments after Donald Trump fired off a tweet calling his impending impeachment a "lynching" a CNN panel hammered the president for making the horrific comparison -- but also pointed out that the president's use of the word was timed for a very specific reason.

Admitting a reluctance to read Trump's tweets on the air, "New Day" host Alisyn Camerota nonetheless, recited the president's tweet, reading, "So some day, if a Democrat becomes President and the Republicans win the House, even by a tiny margin, they can impeach the President, without due process or fairness or any legal rights,” Trump tweeted. “All Republicans must remember what they are witnessing here – a lynching. But we will WIN!” with obvious disgust.

"People ought to go to Montgomery, Alabama, where there is a new, national memorial to the victims of lynching and it's an extraordinary thing," Toobin lectured. "And lynching is an actual thing that happened in this country. There are thousands of people, virtually all African-Americans, who were lynched. That is, killed without any sort of due process and it's a tremendous stain on the history of this country. There are people alive who have memories of seeing lynchings back in the '20s and '30s, and it's just grotesque that the president in his self-absorption and ignorance would invoke lynching there."

"It's also a pattern," CNN contributor Abby Phillip added. "Using the most inflammatory possible language to make a point about how things are being unfair to him, but in doing so really trying to get into the country's deep racial wounds. This is often what he does in an attempt to get people's attention, to be controversial, to be inflammatory."

Host John Berman jumped in to explain the specific timing of the tweet which he said was calculated as a distraction from a pivotal impeachment hearing scheduled on Tuesday.

"The why and the when of this tweet to me seem relatively obvious which is that we're like 40 minutes away from hearing from Ambassador Bill Taylor, the senior diplomat in Ukraine," Berman explained before noting that Taylor's texts are key to proving that Donald Trump was holding up foreign aid in an attempt to get dirt on political opponents.