Diplomat Reeker provided House committee with 'a much richer reservoir of information than expected': Dem lawmaker 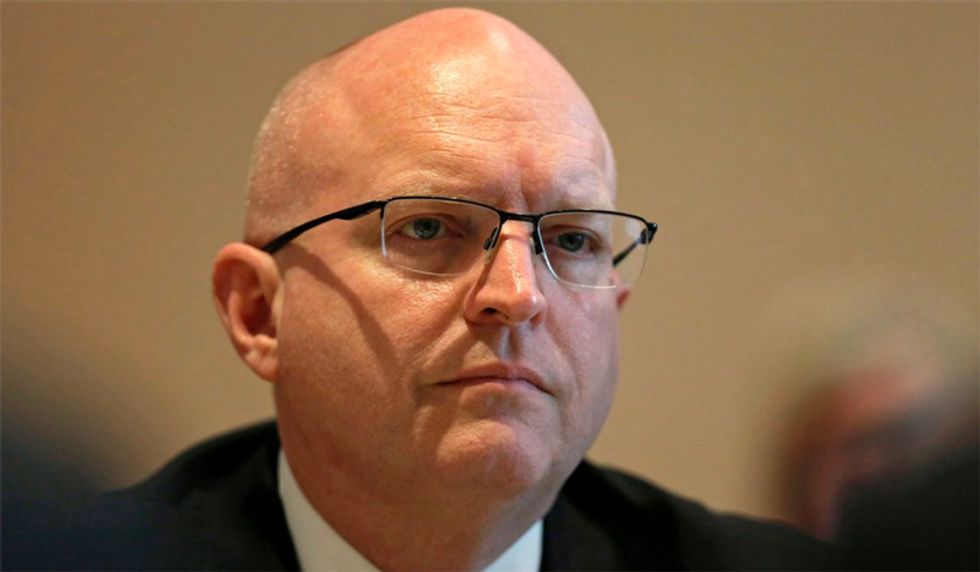 Philip Reeker, the acting assistant secretary of state in the Bureau of European and Eurasian Affairs. Photo: kostas tsironis/EPA/Shutterstock

According to a report from the Wall Street Journal, Philip Reeker, the acting assistant secretary of state in the Bureau of European and Eurasian Affairs, provided  House investigators with a wealth of information about the Trump administration during his testimony on Saturday behind closed doors.

The report notes that Reeker stated that he witnessed top officials halting a show of solidarity for the former U.S. ambassador to Ukraine, Marie Yovanovitch, after President Trump had her removed.

"Mr. Reeker was named to the job in March, around the time Mr. Trump ordered the removal of Marie Yovanovitch, the U.S. ambassador to Ukraine. Mr. Trump’s personal lawyer Rudy Giuliani and others had accused Ms. Yovanovitch of undermining the president abroad and of obstructing efforts to persuade Kyiv to investigate former Vice President Joe Biden," the Journal reports.

According to Rep. Stephen Lynch (D-MA), Reeker was nore than forthcoming about information when questioned.

“He’s being helpful in some respects, he is corroborating previous witnesses and their testimony,” Lynch told reporters without going into greater detail..“It’s a much richer reservoir of information that we originally expected.”