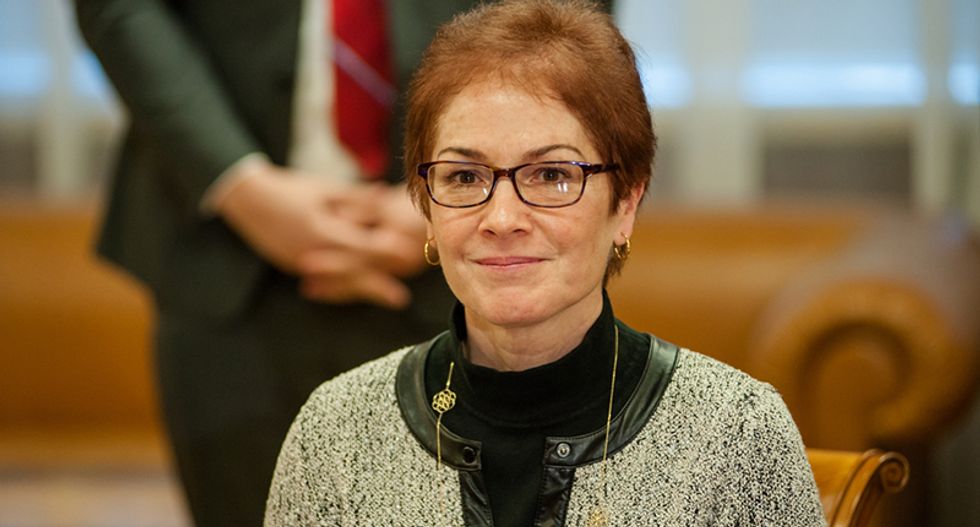 While appearing on "Fox & Friends," Fitton claimed that Yovanovitch had somehow acted improperly by trying to stop Trump attorney Rudy Giuliani from pressuring the Ukrainian government to investigate the president's political opponents.

"I'd like to see [Yovanovitch's] full transcript so we can see if members of Congress questioned her about this issue," he said. "The State Department's aware of this, guys, and it's about time we got a full explanation about why this ambassador... was so concerned about Biden and Ukraine and George Soros, who controversially was involved in Ukraine as well... why were they monitoring the president's lawyer and his son?"

When asked by host Steve Doocey to explained Yovanovitch's actions, Fitton replied, "It looks a lot like an enemies list to me."

Yovanovitch and other Trump administration officials have reportedly told Congress in recent days that Giuliani was running a "shadow" Ukrainian policy that went around traditional diplomatic channels to enlist the Ukrainian government to help with the president's reelection campaign.

Giuliani and other Trump loyalists made a concerted effort to get Yovanovitch removed from her position -- and the former Ukraine ambassador speculated it was because she was preventing them from trying to personally enrich themselves through America's relationship with Ukraine.