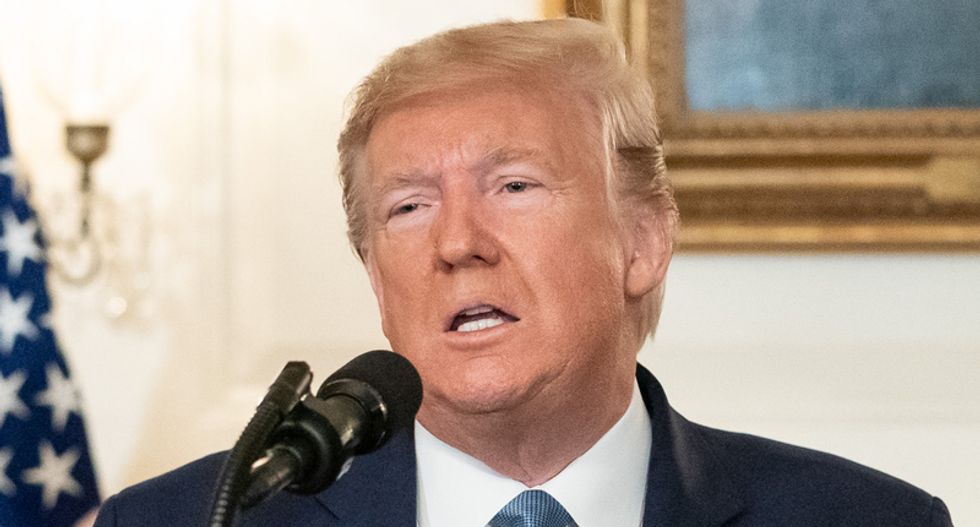 For security purposes, President Donald Trump is not supposed to use an iPhone, which the commander-in-chief has reportedly ignored.

On Friday, Trump issued a cryptic tweet about his iPhone.

"To Tim: The Button on the IPhone was FAR better than the Swipe!" Trump wrote to his 66 million followers.

Many users were baffled by the tweet, which is considered an official presidential proclamation by the White House.

Many wondered if Trump was directing the tweet at Apple CEO Tim Cook, who Trump has called Tim Apple.

Others wondered if he was mocking his lawyer, Rudy Giuliani.

This plus and Executive Order to make Daylight Saving Time permanent and he wins 49 states. https://t.co/dniW8CGH1e
— Boomieleaks (@Boomieleaks) 1572043401.0