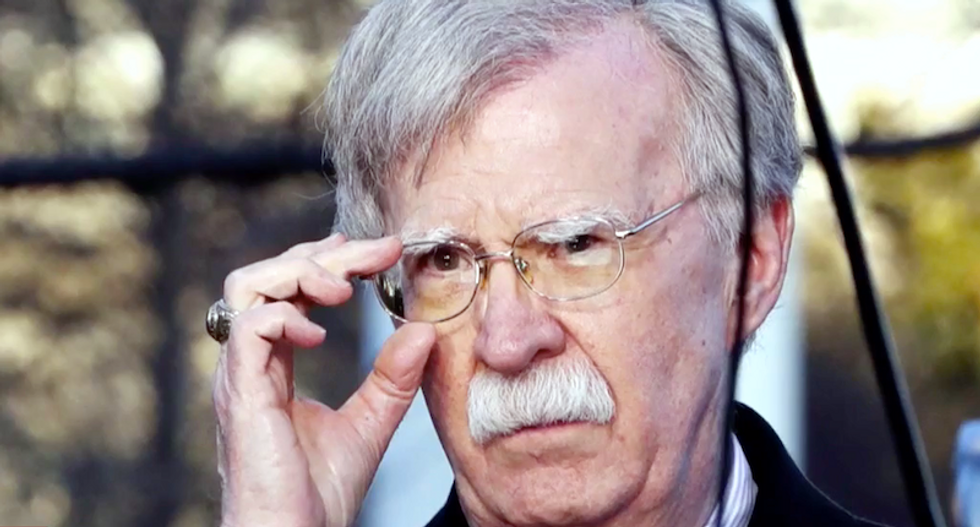 New testimony from a former National Security Council staffer essentially ensures that John Bolton will be called to testify before the House impeachment inquiry.

Christopher Anderson, a special adviser for Ukraine negotiations until July 2019, is scheduled to testify Wednesday, and he is expected to tell lawmakers that Bolton expressed concern in June that Rudy Giuliani stood in the way of improved relations with the U.S. ally, reported the Wall Street Journal.

Bolton, who served as national security adviser until last month, expressed concerns in a June 13 meeting that President Donald Trump's personal attorney was complicating diplomatic efforts with Ukraine, according to a statement released ahead of Anderson's testimony.

The former national security adviser made clear that he understood Giuliani's influence over the president regarding Ukraine policy, several weeks before Trump pressed his Ukrainian counterpart to investigate Joe Biden in a phone call that prompted a whistleblower complaint.

Anderson will also tell investigators that he relayed Bolton's concerns to George Kent, a deputy assistant secretary of state who has already testified in the inquiry.

The White House has tried to block both Anderson and Croft from testifying, but their lawyers said both would comply with congressional subpoenas.