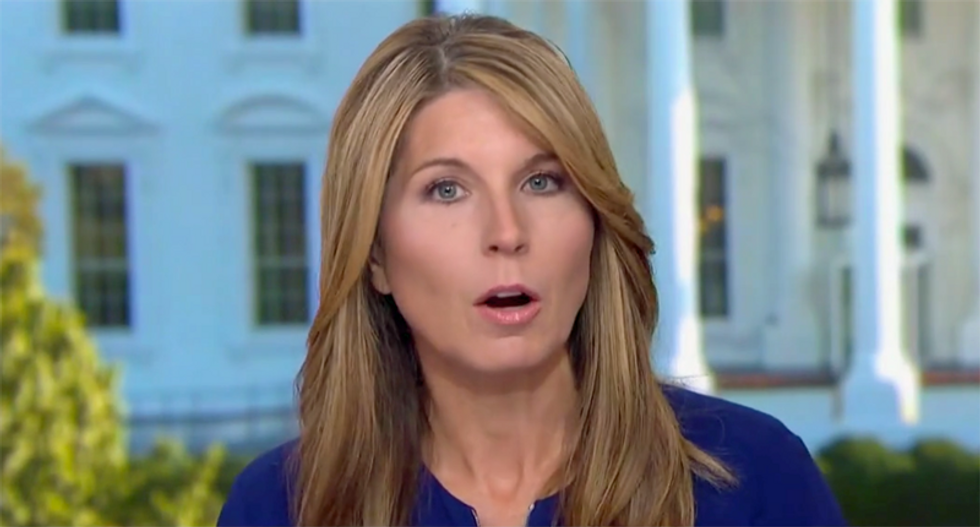 The panel on MSNBC's "Deadline: White House" with Nicolle Wallace was flabbergasted to learn President Donald Trump attempted to minimize expected ethnic cleansing of the Kurds by Turkey because they weren't our allies in World War II.

"The president was still speaking to the reporters at the White House," AP correspondent Jonathan Lemire said. "And he unleashed this puzzling quote. He said that the Kurds didn’t help America as much as possible. He’s pushing against saying we betrayed them. He said, 'they didn't help us in the second world war, they didn’t help us with Normandy.'"

Trump was harshly criticized for his statement on the Kurds and Normandy, especially given the fact Trump also called for "humane" ethnic cleansing of the Kurds.

"I still can’t believe that we have a president who is so ignorant of basic history and literally he believes that," GOP strategist Elise Jordan said.

"His ignorance is staggering," Wallace said. "We started the show talking about former Republican Sen. Corker’s determination that after seeing him up close, he lacked the fitness and the competence for the office he holds. I think the quote you just read proves the point."

"But I — yes, but I also go back to, did we not know this in 2016?" Democratic strategist Basil Smikle asked.

"Well, he wasn’t America’s commander-in-chief, leaving American allies to die and saying the justification is they weren’t on the beaches of Normandy," Wallace noted.

The host suggested that former generals and administration officials have an obligation to speak out.

"Where is Jim Mattis? Where is H.R. McMaster? Where is Dina Powell? Where is John Kelly?" she wondered.

"Where are the generals who have stood on battlefields and hear a president say something this stupid, where are they?" Wallace asked.