Trump privately told Xi Jinping he would roll over on Hong Kong to get a trade deal: report 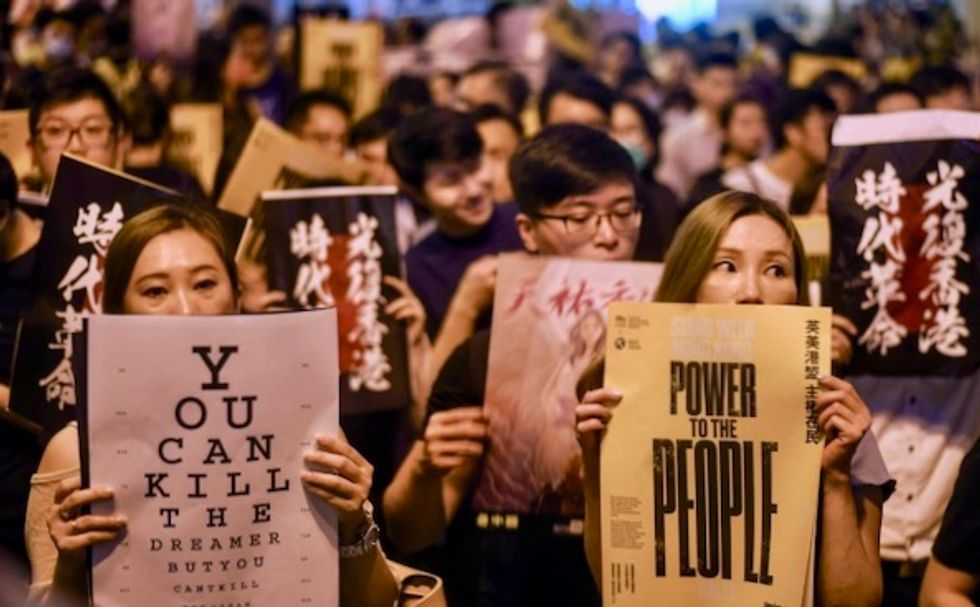 President Donald Trump has taken heavy criticism following revelations he also discussed former Vice President Joe Biden on a private call with Chinese President Xi Jinping — and hid it on the same highly classified server he used for the Ukraine call. But that was not the only damning thing about the call — in the same conversation with Xi, Trump also threw democracy protesters in Hong Kong under the bus for the sake of trying to undo his catastrophic trade war.

"CNN has learned about a call between Presidents Trump and Xi, a call that was stored in the same code word classified system as that call with the Ukrainian president," said Cooper, introducing Brown onto the segment. "So let's begin with that ... talk to me about what you've learned about this call."

"In that call, Anderson, Trump ... told Xi that he would remain quiet on the Hong Kong protests as trade talks progressed," said Brown, adding, "Sources tell me ... that the president believed that China would not be able to reach as good as a trade deal with Biden or Warren as it would have with him because he was fearing that they were going to hold out until after the election to strike a deal."

"Now, the White House record of that call, we're told, was later stored in that highly secured electronics system used to house that now-infamous call with Ukraine's president, and which helped spark the whistleblower complaint that has led Democrats to open an impeachment inquiry," continued Brown. "White House Press Secretary Stephanie Grisham said, 'We're not going to start comments with every conversation President Trump has with world leaders, other than to say his comments are always appropriate.'"