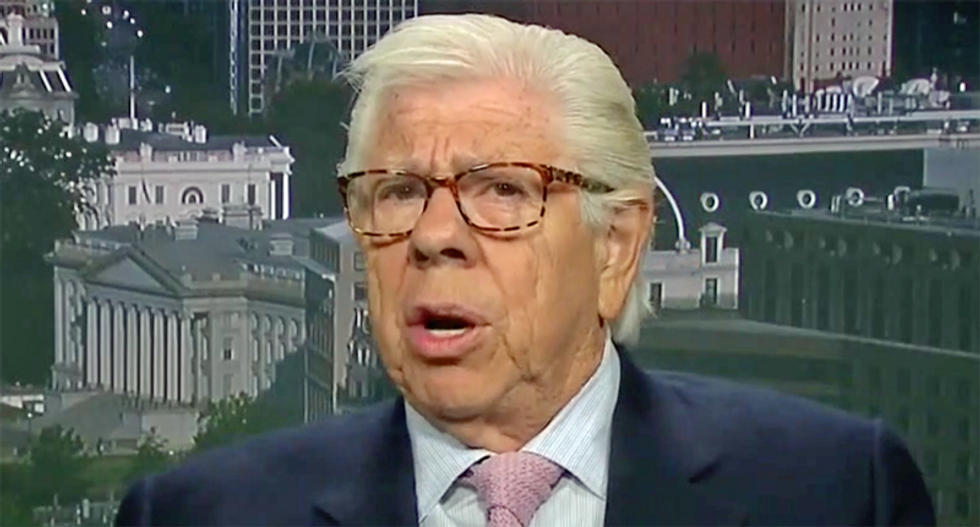 Speaking with hosts John Berman and Alisyn Camerota, the journalist behind the Watergate story that brought down the presidency of Richard Nixon, said what the White House is doing has all the hallmarks of Nixon White House.

"What changes with these texts? " host Camerota asked the journalist.

"I think we now see a suggestion, and maybe more of a suggestion, of a real conspiracy led by the president of the United States and his lawyer [Rudy Giuliani] to undermine our electoral process through involving and intimidating a foreign power into extorting a meeting with the president of this foreign power whose country is trying to hold off the Russians, our enemy," he explained. "So what he's done is he has mortgaged our foreign policy to his own political interest."

"This is a grave grave moment," he added. "We've never had a president of the United States who mortgaged our foreign policy interests to what is going on against an enemy in a foreign country."

According to Bernstein, almost as important as the release of texts showing diplomats leveraging U.S. aid for dirt on Biden is the declining state of the president's mind.

"You know, when the [special counsel Robert] Mueller investigation was revealed, Trump said, and it's in the Mueller report, 'My presidency is over,' and then he says 'I'm F 'ed. This is a terrible thing,' and then he became unhinged for a while in public. Nothing like this, this is even more extreme."