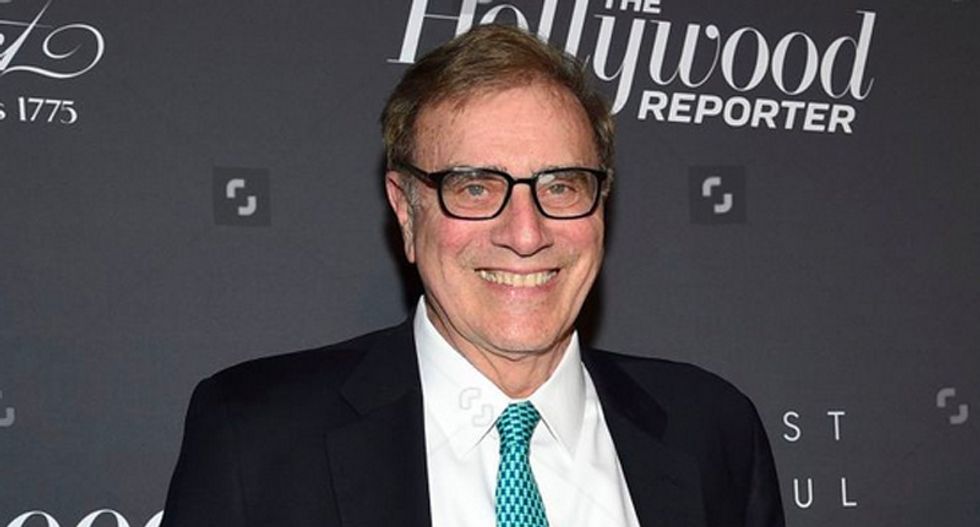 According to a report from CNN, the owner of "The Hill" has managed to fly under the radar as Donald Trump is facing impeachment despite the fact that he personally approved of conspiracy-based columns by the now-departed John Solomon that the president has used to defend his Ukraine dealings.

As CNN notes, "James 'Jimmy' Finkelstein, the owner of The Hill newspaper, is not a widely known media executive, but he is one of the era's most consequential," in that he oversaw Solomon columns before the journalist left to work for Fox News.

"While Solomon has received significant media attention for his work at The Hill, Finkelstein has stayed out of the headlines, despite having himself played a crucial role in the saga," the report states. "Beyond his relationship with Solomon, Trump, and Giuliani, Finkelstein was Solomon's direct supervisor at The Hill and created the conditions which permitted Solomon to publish his conspiratorial stories without the traditional oversight implemented at news outlets. And he has kept a watchful eye on the newspaper's coverage to ensure it is not too critical of the President."

According to a former Hill employee, "Solomon is a symptom of the larger problem of Jimmy Finkelstein."

That employee was not alone in their unhappiness with Solomon's columns that built upon a reported interview with General Yuriy Lutsenko, the former Ukraine prosecutor general, who claimed former Ukraine Ambassador Marie Yovanovitch gave him a "do-not-prosecute list," that has led the president to accuse former Vice President Joe Biden and his son Hunter of corruption.

According to current and former Hill staffers, there was internal pushback against the columns.

"Those people described a staff still in "revolt" over Solomon's columns and the way they were handled, including a lack of communication to employees about them even after the articles were thrown into serious question by witnesses in the impeachment inquiry," the CNN report states.

"Finkelstein has been friends with Trump for decades. In fact, according to a former employee at The Hill, 'he boasts that he's a close friend' of the President. 'Getting a phone call from Trump would fill him with joy,'" a former Hill staffer recalled.

"Trump himself has also privately acknowledged his relationship with Finkelstein. During an Oval Office interview with The Hill, according to a person with direct knowledge of the incident, Trump asked one of the outlet's staffers to send along his greetings to Finkelstein. 'Tell Jimmy I said hello,' Trump told the staffer," the report states. "Finkelstein's wife, Pamela Gross, who worked at CNN but left in 2017, is close with Melania Trump. Gross threw a baby shower for Melania Trump, according to a person familiar with the event."

"Finkelstein and Gross are also both close with [Trump lawyer and former New York Mayor Rudy] Giuliani, who currently serves as Trump's personal attorney. Finkelstein often hosts social gatherings at his Hamptons home and, according to a person familiar with the matter, Giuliani and his girlfriend spent multiple weekends at the residence this past summer," the report continues.

"Jimmy is the one who hired John Solomon," a former employee explained. "The editors didn't want him there," with another noting

"I remember almost immediately thinking, 'Why is he writing?'" the former employee stated with CNN adding, "Solomon already had earned a reputation for conspiratorial work when he reported on things like the 'deep state' for Circa, a now-defunct conservative news website."

"It made for an awkward power dynamic in the newsroom," explained a ex-Hill staffer. "You had staff on the news side objecting to Solomon's coverage, but [the newsroom leaders] were a bit powerless."

Another added, "Finkelstein 'monitored' The Hill's coverage 'to make sure it's not too anti-Trump.'"

"There was always this understanding in the newsroom that Jimmy was friendly with Trump and people needed to be aware of it," said the second former employee.

"The damage his work caused to The Hill's reputation, however, still remains. But management has mostly declined to communicate directly with staff," CNN reports. "Prior to Monday, there had been no outreach from management about what The Hill was going to do in regards to Solomon's reporting, which has come under increased scrutiny with witnesses in the impeachment probe throwing cold water on it."

"The staff is in revolt right now. People are very upset ... No internal email, no internal meeting," one employee told CNN. "Just nothing communicated from above."