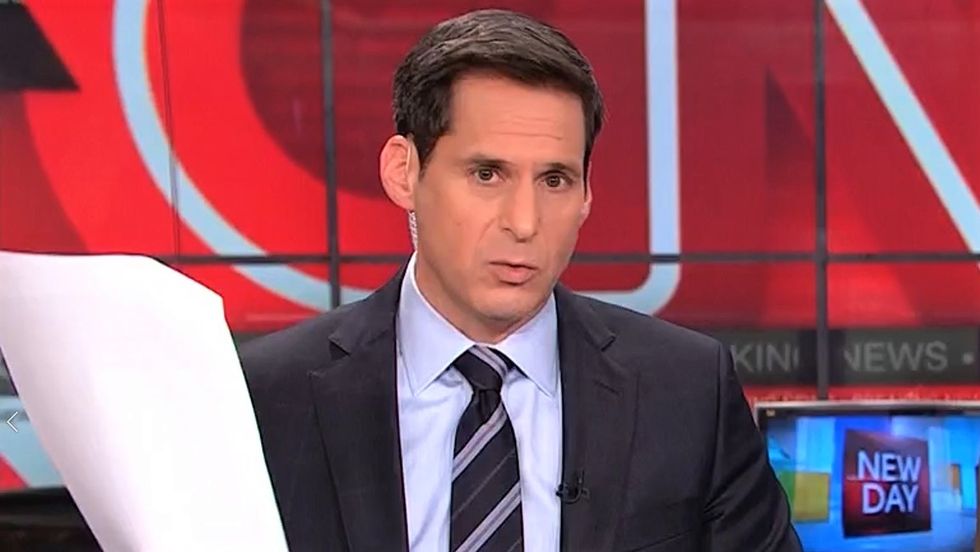 CNN's John Berman on Tuesday tore apart Republicans' new anti-impeachment talking points and expressed astonishment that this was the best they could come up with to defend President Donald Trump.

Referring to talking points first reported by Axios, Berman went over the GOP's arguments line by line and showed why they are unlikely to convince anyone of the president's innocence.

"'The July 25th phone call shows no conditionality or evidence of pressure,'" Berman began, quoting the first talking point. "The president says, 'Do me a favor' and brings up just the Bidens and the 2016 election, and also there are witnesses saying that there's all kinds of conditionality around that call!"

Berman went on to give the same treatment to the other talking points as well.

"'The Ukrainian government was not aware of the hold on aid during the July 25th call' -- that may be so, but there is new evidence they were aware much earlier than we thought," Berman said. "'Security assistance hold was lifted on September 11th' -- that was a couple of days after the White House knew about the whistleblower complaint! I'm surprised these are the four points Republicans are leading with."

"I think it's the best they've got," replied New York Times reporter Maggie Haberman, who noted that testimony from multiple witnesses has left the GOP with very little room to mount robust defenses of the president's actions.