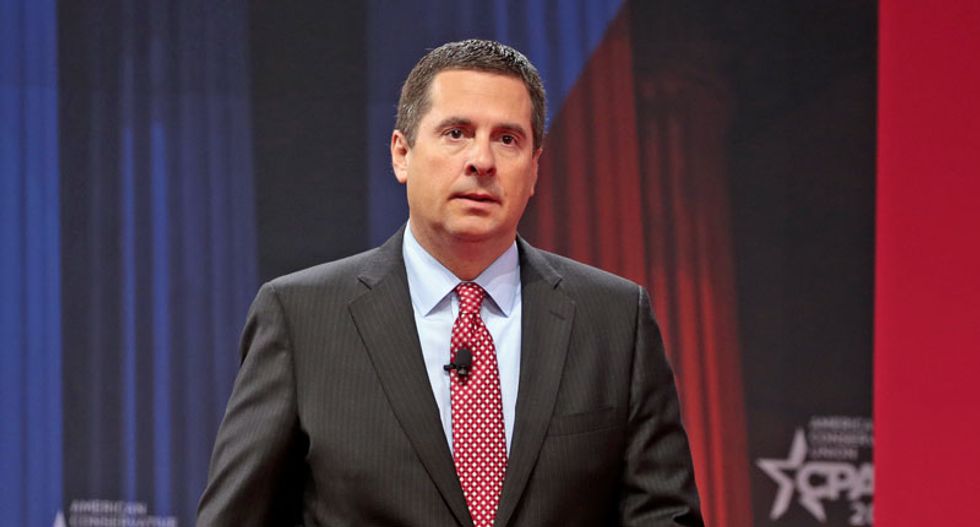 "It was certainly an interesting show. Everyone seemed to be doing their own thing," Matthews said. "I’m not sure what Nunes was up to. He didn’t seem to be a leader of the pack here, he was doing this out-crazy peripheral stuff about Hunter Biden and Ukraine in 2016 and trying to get the whistle-blower exposed. None of that had to do with the conversations President Trump had with Zelensky or the whole cabal to shake this guy down for dirt on Biden. He was just walking around the far fringes of the topic."

Jolly agreed, saying that it seemed Nunes' only point was in "Nunes was feeding the conspiracy base that works among some Republican circles."

"Nunes also opened by saying this is just the next step of what the Democrats tried to do to Trump during the investigation," Jolly continued. "Well, Devin Nunes, it wasn’t the Democrats that launched the Mueller investigation. It was Trump’s DOJ. And as for Jim Jordan saying that the in the meetings with Zelensky that Zelensky wasn’t aware -- the crime was not in Zelensky being aware, the crime was in the conspiracy, the crime was in the scheme. And all of the cooperating evidence supports the fact that Trump was scheming to withhold aid."

Jolly also refuted Rep. John Ratcliffe (R-TX), who started shouting down the witnesses during the hearing. He claimed Trump was too dumb to have conducted a bribery scheme and refuted the call contained said bribery.

"That is a distraction. It is about a pattern of behavior, a consciousness of guilt and an effort by Donald Trump, which we now know was in direct contact with Ambassador Sondland to in fact extract this concession from the Ukraine president."

Jolly went on to question the patriotism of the Republicans, saying that they failed to uphold their oath of office during the hearings and particularly on this issue. He said they were not acting like fact-finders Wednesday, they were behaving "as defense attorneys" for the president.