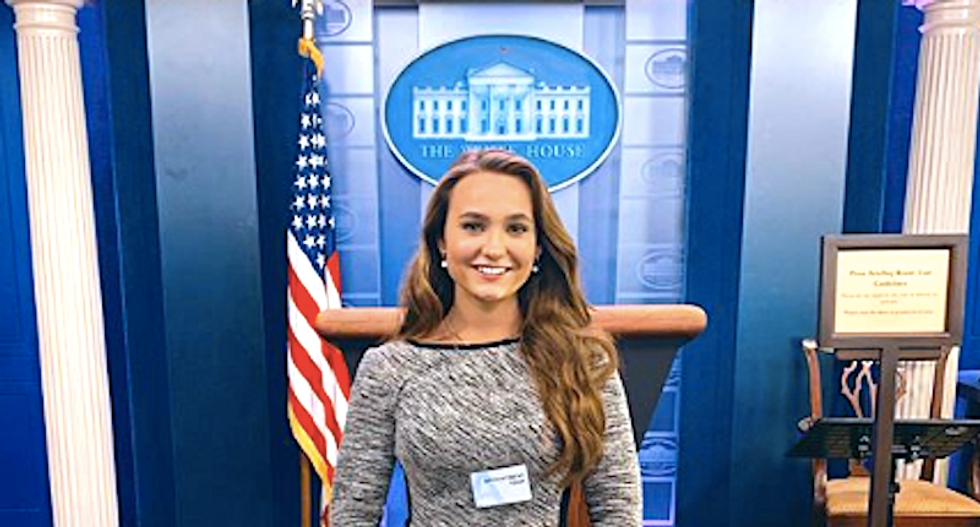 President Donald Trump's allies are still trying to figure out why Rudy Giuliani hired a 20-year-old Instagram personality as his director of communications.

The president's personal attorney travels everywhere, including Ukraine, with Christianné Allen, a former teenage Trump campaign volunteer who has served since September as his media strategist and technology consultant, reported Politico.

“Nobody can figure out who the eff she is or how she got in there,” a friend of Giuliani told the website's Daniel Lippman.

Allen signed on with consulting firm Giuliani Partners around the time when the former New York City mayor's actions in Ukraine fell under investigation by the House Intelligence Committee and the U.S. Attorney's office he once led, and even her own friends are surprised she landed such a high-profile job with so little experience.

“I don’t think she had a client like Rudy before, let alone worked as a press secretary,” said one friend.

Allen told Politico that she got the job after tackling "incredibly challenging questions" during multiple interviews with Giuliani and his staff.

Her Twitter bio, LinkedIn and an old personal website list previous experience as representative of the Trump Victory Finance Committee, video columnist for the Daily Caller, spokeswoman for Trump’s 2016 presidential campaign and executive director of the Middle Eastern Women’s Coalition.

However, representatives for those groups say her claims are either inflated or completely made up.

“She got the gig because she went around telling everybody that she was George Allen’s niece,” said one former official with Trump's Virginia campaign, where other colleagues complained she didn't work hard but eagerly sought credit.

Allen, the former Virginia governor and senator, says he's unaware of any relationship to his family, and the younger Allen denies claiming to be his niece.

“There were a few officials on the campaign who thought we were related based on our last name," she said. "I was asked one time in a public setting if I was related to him and I laughed and said no.”

Allen worked with several entities the Trump campaign shunned, including Students for Trump and neo-Confederate candidate Corey Stewart, until she got an internship with attorney Charles Gucciardo -- who later invested $500,000 into a company started by indicted Giuliani associates Lev Parnas and Igor Fruman.

Giuliani responded publicly to Politico's questions about Allen's background with an angry denunciation on his Twitter account.

“Politico is about to write a malicious hit-piece on a Comms Director of mine,” Giuliani tweeted. “Not just because she’s pro-Trump but because she’s lined up one witness after the other, proving just how corrupt the Democrat party is. Politico has assisted this cover up for years. It’s a shame!”

He continued his rant in a subsequent text message.

“Your article is so filled with lies and misinterpretations, it stands out as a [sic] now an almost routine left wing hit piece on an exceptionally talented and really fine Christian Conservative woman and strong supporter of President Trump," Giuliani wrote. "I’m disappointed that Politico is now joining the [sic] destroy the reputation of those the Left believes should not be entitled to support President Trump.”