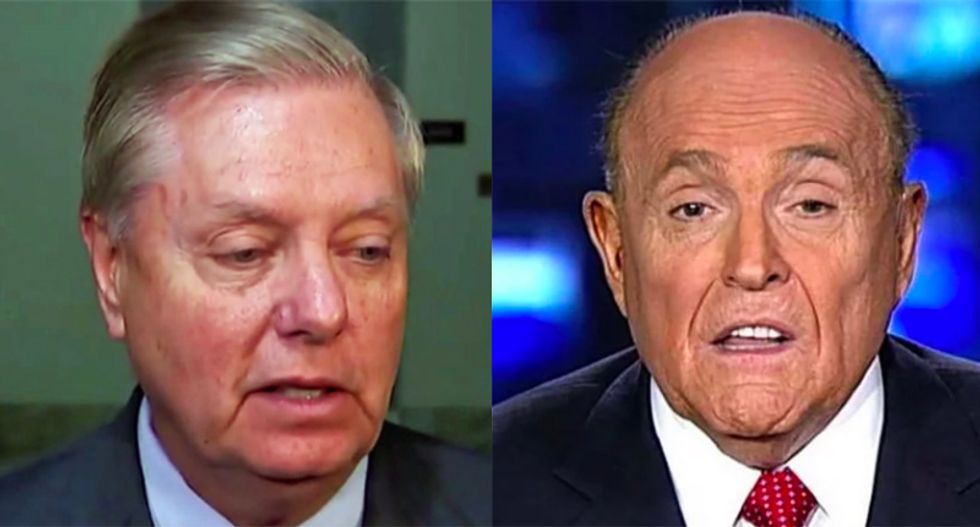 In a Daily Beast report on GOP lawmakers shunning any contact with Donald Trump's lawyer Rudy Giuliani, the report reveals that Sen. Lindsey Graham (R-SC) also is wary of what the former New York City mayor brings to the table.

According to the report, Graham states that he doesn't want to see what Giulini has discovered while gallivanting in Ukraine, and that any information he acquired needs to be vetted first.

“He has not shared any of that information with me. My advice to Giuliani would be to share what he got from Ukraine with the IC [intelligence community] to make sure it’s not Russia propaganda," Grham explained. "I’m very suspicious of what the Russians are up to all over the world.”

Giuliani has insisted that Trump would like him to share his findings with GOP senators to be used in the president's impeachment defense, however, as the Beast reports, GOP lawmakers are balking at getting caught up in the controversy and unwanted attention Giuliani inevitably brings with him.