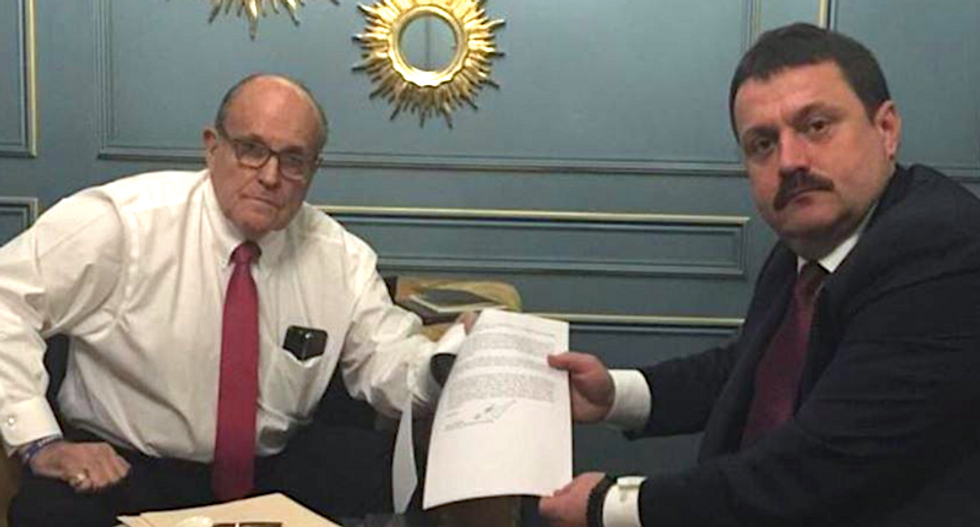 A Ukrainian lawmaker says he met in recent days with Rudy Giuliani to discuss a conspiracy theory involving Joe Biden.

Andriy Derkach, a member of Ukraine's parliament, said Thursday in a Facebook post that he met with President Donald Trump's personal lawyer to discuss the creation of an interparliamentary group to fight corruption and investigate the alleged misuse of U.S. taxpayer money by Ukraine's government, reported Reuters.

Derkach has pushed the unsubstantiated claim that Biden received a large sum of money from Ukrainian gas company Burisma while he was vice president, and the lawmaker claims he and Giuliani recently discussed Ukraine government spending dating back to March 2016.

"I am sure that involving a group of participants in the work, both from Ukraine and the United States, will help to give the most objective assessment of the facts of ineffective use of funds of American taxpayers by representatives of state bodies of Ukraine," Derkach wrote. "It will also help restore friendly relations between strategic partners - Ukraine and the USA."

Giuliani visited Kyiv and Budapest this week with a reporter from the pro-Trump outlet One America News to produce a television series pushing conspiracy theories against the impeachment inquiry.