Conservative columnist goes scorched earth on Bolton: Either spill what you know about Trump or 'shut up' 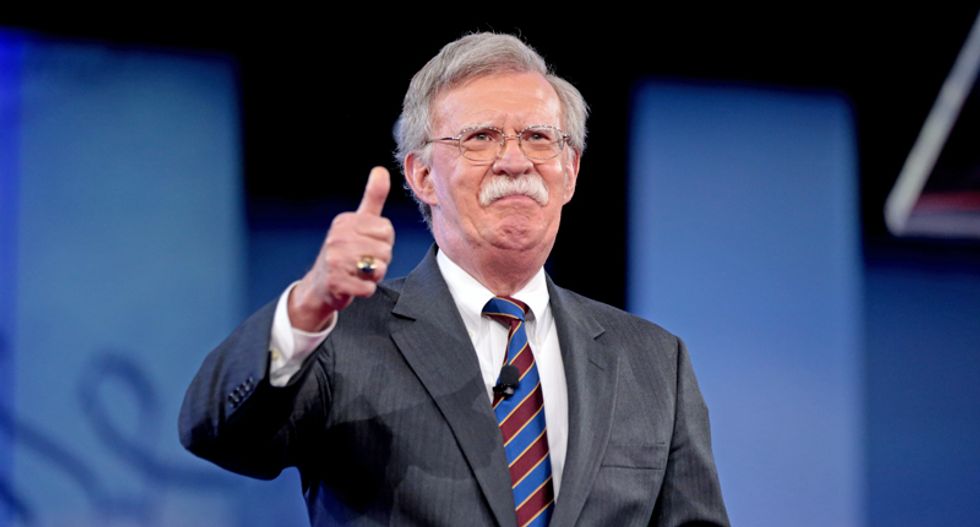 In an open letter doubling as a column for the Daily Beast, conservative columnist Matt Lewis tossed down the gauntlet to former White House national security adviser John Bolton, telling him that he either needs to come clean with what he knows about Donald Trump or "shut up" and go away.

While Bolton has suggested that he would appear before the U.S. Senate to testify in the impeachment trial of Trump -- knowing full well that Senate Majority Leader Mitch McConnell is dead set against allowing any witnesses -- Lewis accused Bolton of using the impeachment to enrich himself by teasing out what he knows.

"We don’t know what you have to say regarding your time as Donald J. Trump’s national security adviser. What we do know is that your lawyers teased that you know about 'many relevant meetings and conversations' connected to the Ukraine shakedown story," Lewis wrote. "Additionally, we know that Fiona Hill, former Russia expert at the National Security Council, testified that you referred to Rudy Giuliani as a 'hand grenade' who was “going to blow up everyone,” and that you declared, 'I am not part of whatever drug deal [Gordon] Sondland and [Mick] Mulvaney are cooking up.'"

As Lewis sees it, "This seems to suggest that you were aware of some nefarious things going on in the administration—things that could potentially incriminate Trump and/or some of his associates. Or maybe what you know would look bad, but it would actually exculpate some of them. Regardless, the point is that you seem to know something that would help shed light on a scandal that has loomed over our politics for five months, and has culminated with the impeachment of the President of the United States of America."

According to the conservative who has decried what Trump has done to the Republican Party -- as well as the rest of the country -- Bolton's "coy" act is getting old.

'Your evolving standard suggests that you are attempting to move the goal posts so that they will remain close enough to entice us, but not so close as to actually be attainable. In an era where statesmen have preferred the spoils of showmen, your behavior is one more depressing sign that everyone is in this for themselves, rather than for the nation," Lewis wrote. " Let’s be honest, you know full well that a Senate that is controlled by Republicans (who don’t want to call any witnesses, much less a bombshell witness) will never call your bluff. "

According to the columnist, Bolton is teasing out comments and details because he has a book deal and is more interested in royalties than the impeachment trial that is tearing the country apart.

"While turning star witness could only boost your profile in the mainstream media, your smart bet—financially—is probably to play this cat and mouse game with us. It’s hard to sell a tell-all book when you’ve already spilled your guts on the stand. Or maybe you know you can land on that No. 1 bestseller spot by churning out a hagiographic Trumpy tome, solely on the back of Hannity appearances? Either way, it is hard to see this as noble or admirable. Is this why you got involved in public life? Is this what you have dedicated your career to… book sales?" he accused.

Then Lewis lowered the boom.

"You are uniquely positioned as someone who (a) has firsthand knowledge of the situation, and (b) as someone who—because of your status as a conservative Republican whose political philosophy long predates the rise of Trumpism—has credibility with Republican senators (and their constituents)," he wrote. "Ultimately, it boils down to this: If you have something really important to tell the American people, then just say it. Say it this week—before the Senate votes. The time to hesitate is through."

"Otherwise, shut up about it," he bluntly concluded.