Rudy Giuliani eager to testify against John Bolton: ‘If he shows his face I would say — You’re an atomic bomb’ 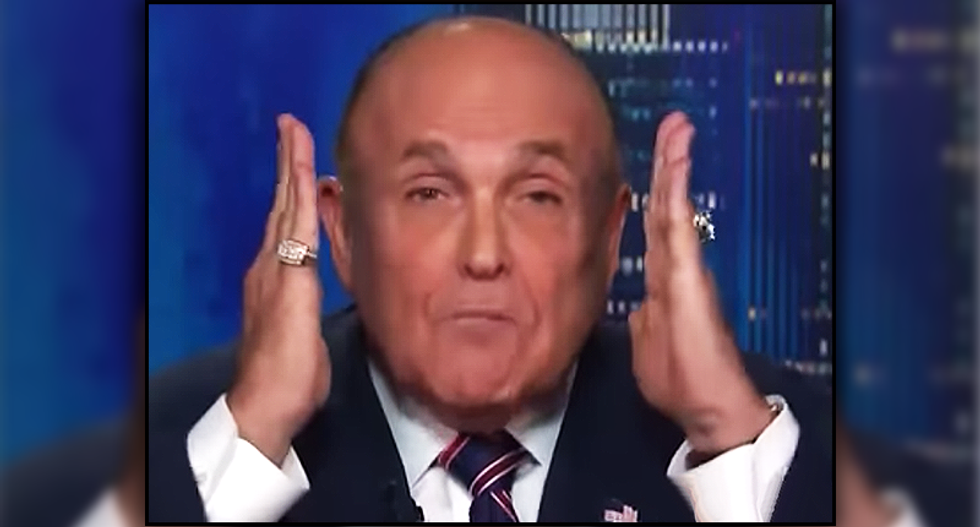 The former New York City mayor said he was still President Donald Trump's personal attorney, but explained why he had not been added to his impeachment trial defense team, reported CBS News.

"Well, I am, but I can't participate in what goes on in the Congress, because I'm a possible witness," Giuliani said, adding that he's ready to testify if he got White House approval.

Bolton revealed in his upcoming book that Trump explicitly tied Ukraine aid to an investigation of Joe Biden -- which Giuliani has been recently pursuing in Europe -- but the president's attorney called the former White House official a "backstabber."

"He never said to me, 'I've got a problem with what you are doing in Ukraine' -- never once, never winked, never sent me a little note," Giuliani said. "That's classic backstabber, so I feel I got a swamp character here. I find his testimony about the president pretty close to incredible."

The Senate is considering whether to subpoena Bolton in the impeachment trial, and Giuliani seems eager to challenge the former national security adviser, who impeachment witnesses said described the president's attorney as a "hand grenade."

"If he came up to me and said, 'Rudy, you're a grenade that'll blow up,' and he shows his face, I would say, 'I would never have the opportunity, because you're an atomic bomb,'" Giuliani said.